Shares of Amazon jumped in trading after business hours on Thursday after announcing a 17 percent rise in the price of its popular Prime membership scheme.

The company said the increase from $ 119 to $ 139 a year was due in part to rising “wages and transportation costs” in its logistics network.

Citing similar strains, the company forecasts lower-than-expected sales of between $ 112 billion and $ 117 billion for the current quarter. Wall Street expected sales of more than $ 120 billion.

However, Wall Street reacted positively to Prime’s announcement, sending Amazon’s share price up more than 15% in after-hours trading. It ended the day of trading down nearly 8 percent, amid a wider collapse in technology stocks caused by the collapse of shares of Facebook owner Meta.

The increase in the price of Prime membership comes into force later this month or in March for existing members. In the fourth quarter of last year, revenue from Prime membership was $ 8.1 billion, up 15% year-on-year.

Amazon’s earnings showed strong growth in cloud computing, with Amazon Web Services reporting 40% revenue growth on an annual basis. Without the cloud, the company would have an operating loss of $ 1.8 billion. 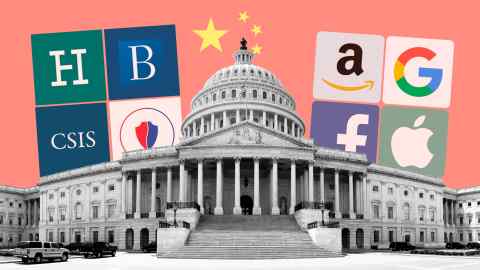 Revenue for the current quarter was in line with Wall Street expectations, up 9% from the same period last year to $ 137.4 billion. Operating revenues were hit hard by increased staff costs and other pressure associated with Covid, a 49% drop from the same period in 2020 to $ 3.5 billion.

“As expected during the holidays, we saw higher costs due to labor shortages and inflationary pressures, and these problems continued in the first quarter due to Omicron,” said Andy Jasi, CEO. “Despite these short-term challenges, we continue to feel optimistic and excited about the business as we emerge from the pandemic.

In total, the company reported net income of $ 14.4 billion, which includes a pre-tax profit of $ 11.8 billion from its investment in electric truck company Rivian, which went public late last year.