Russia’s invasion of Ukraine has led to the displacement of hundreds of thousands of Ukrainian civilians who have suffered from cluster bombs, missile strikes and other forms of brutality.

Meanwhile, average Russians must cope with new harsh realities as crippling sanctions target their country. As this conflict rages on, no one knows how or when the warfare will end, let alone what Ukraine will look like after the dust settles. Regardless, there will be huge implications for the Middle East.

The six Gulf Cooperation Council (GCC) states have high stakes in this war. As countries that have historically deep ties to the West, but also have multifaceted relationships with Russia, regional leaders are cautiously navigating this conflict.

Despite all GCC members voting earlier this month in favor of a United Nations General Assembly resolution to condemn Russia’s invasion, Gulf monarchies are somewhat divided.

On one side of the spectrum is Kuwait, which has aligned its positions on this war most closely with Western powers that stand against Moscow. Last month, when a UN Security Council resolution blasted Russia for assaulting Ukraine, Kuwait was the only Arab state to be on the list of 80 co-sponsors.

“For Kuwait, the memory of the Iraq invasion is a driving force for their condemnation, as they wish to set a standard of respect for territorial sovereignty in the region,” Caroline Rose, a senior analyst and head of the Power Vacuums program at the New Lines Institute for Strategy and Policy, told Al Jazeera.

Nonetheless, it is important to note while Qatar has stood up for Ukraine’s sovereignty, Doha is not joining Western powers in advocating financial warfare against Russia. Having developed deeper ties with Russia in the spheres of investment, infrastructure and tourism, Qatar wants to avoid burning bridges with Moscow.

“Qatar is trying to demonstrate that it’s a useful ally of the West and that it’s truly earned its major non-NATO ally designation,” said Ryan Bohl, a Middle East analyst at the Stratfor Rane risk consultancy. “But it’s notable that Qatar is not joining in the direct sanctioning of Russia, but is rather sticking to rhetorical and diplomatic support.”

Rather than siding against Moscow, these two Arab powerhouses want to continue growing their relations with Russia in addition to those states opposing Russian President Vladimir Putin. Such neutrality can pay off in the sense that the Emirates and Saudi Arabia are unlikely to have their security, investment and trade relations with Russia suffer because of a conflict that they see no need to get involved in directly.

“It is clear that the UAE has now taken the side of Russia, avoiding calling the intervention‘ war ’in an effort to preserve high levels of trade and continue to position itself as a regional commercial and tech hub,” according to Rose.

“We have seen similar positioning among neighboring states that too, similarly, wish to adopt a neutral position. The lack of condemnation on the Russian offensive in Ukraine also likely results from frustration among many Gulf states with the US in recent months, with its incremental military drawdown in the region and frosty political ties. ” 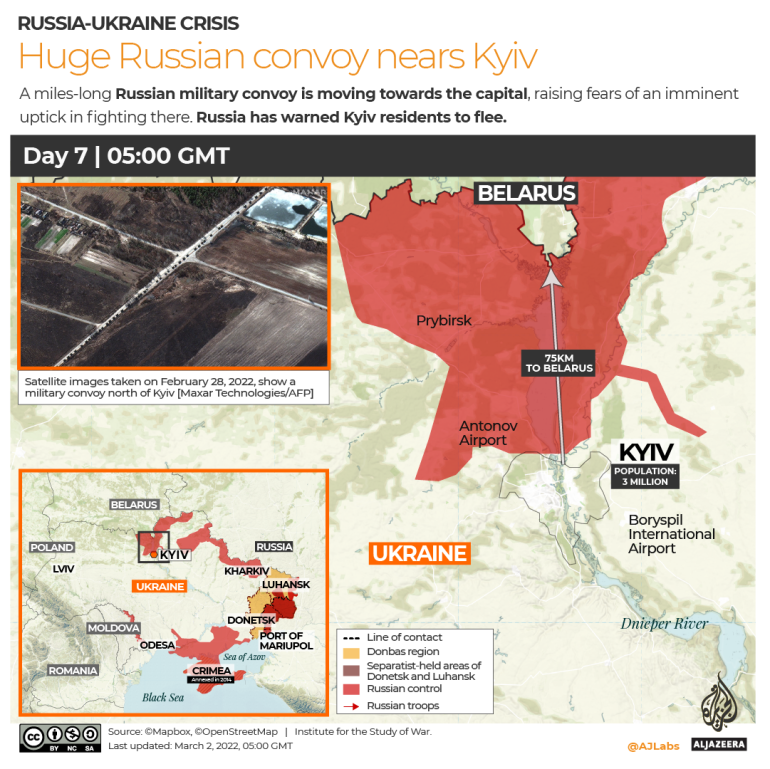 In terms of Saudi Arabia’s response to conflict, energy issues and tensions between the White House and Crown Prince Mohammed bin Salman (MBS) are part of the picture. Through OPEC +, Saudi Arabia has invested heavily in its partnership with Russia, which makes it pragmatic for Riyadh to avoid antagonizing the Kremlin.

“With Saudi Arabia, the UAE and Bahrain striving more for neutrality it’s partly about avoiding destabilizing oil markets with the price war of 2020 still in mind,” Bohl explained. “It’s also partially about hedging their bets and making sure that they still have some connections to Moscow once the Ukraine war ends one way or another.”

Not lost on the Saudi leadership is the fact that President Joe Biden does not talk to the crown prince. Putin does, and back in December 2018 the Russian president showed MBS respect at the G20 summit in Argentina when other leaders were avoiding him in the wake of journalist Jamal Khashoggi’s barbaric murder. This helps explain why Riyadh is not reacting to this crisis in ways that please Washington and anger the Kremlin.

“The question for the Saudis [is], if they were to antagonize the Russians by supporting America, what are they getting in return? ” asked Andreas Krieg, an assistant professor at the Defense Studies department of King’s College London.

“At the moment, with MBS not getting the support he wants from the Biden administration, and not the personal courting that he’d like, it’s unlikely that the Saudis would support the American approach without any concessions made by the Americans.”