A senior Conservative MP has said he will submit a letter of no confidence in Boris Johnson on Wednesday as new allegations emerged of the prime minister’s attendance at lockdown parties in Downing Street.

Tobias Ellwood, a moderate former minister and chair of the House of Commons defense select committee, called on Johnson to call a vote of confidence in himself rather than wait for the 54 letters from Tory MPs that are required to trigger a vote.

Although most MPs believe the threat of a no-confidence vote has receded for now, many Conservatives remain deeply troubled by Johnson’s conduct.

Ellwood warned the party was at risk of sliding “towards a very ugly place” as other mainstream Tory MPs said they were agonizing over whether to call for a vote. Eleven have so far publicly called for Johnson to resign over “partygate”.

A day after Johnson promised Tory MPs at a private meeting that there would be “no new revelations”, details emerged of his alleged attendance at events under investigation by the Metropolitan Police.

Johnson attended a leaving event for a Number 10 aide during the strict post-Christmas lockdown on January 14 2021, making a speech while staff drank prosecco, The Guardian reported.

The event was revealed in an interim report by Sue Gray, a senior civil servant who is investigating alleged breaches of coronavirus regulations in Downing Street and Whitehall during lockdown restrictions. But details were expunged ahead of the report’s publication on Monday at the request of the Metropolitan Police, which is probing 12 separate gatherings.

Meanwhile, Johnson also attended an event in his Downing Street flat on November 13, 2020 – the day Dominic Cummings, his former senior adviser, was forced out of his job, according to The Telegraph. 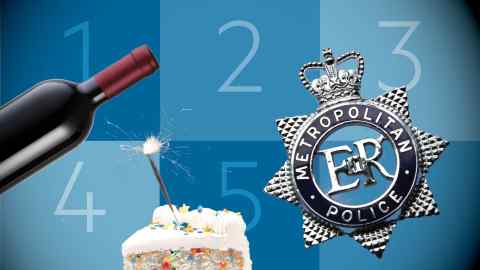 Ellwood told Sky News: “This is just horrible for all MPs to continuously have to defend this to the British public.

“I don’t think the prime minister realizes how worried colleagues are in every corner of the party, backbenchers and alike ministers, that this is all just going one way and will invariably slide towards a very ugly place.

“I believe it’s time for the prime minister to take a grip of this; he himself should call a vote of confidence rather than waiting for the inevitable 54 letters to be eventually submitted.

“It’s time to resolve this completely so the party can get back to governing, and, yes, I know the next question you will ask, I will be submitting my letter today to the 1922 Committee.”

Meanwhile, Johnson had faced Tory criticism for alleging in the Commons that Sir Keir Starmer, Labor party leader, had failed as director of public prosecutions to prosecute the late pedophile Jimmy Savile.

“Attacking this week Keir Starmer with Jimmy Savile. . . I mean who advised the prime minister to say this? ” questioned Ellwood. “We’re better than this, we must seek to improve our standards and rise above where we are today.”