Australia’s security services have thwarted a plot to interfere in national elections this year by an unnamed government through a wealthy individual nicknamed the “Puppeteer”.

Mike Burgess, director-general of Australia’s intelligence services ASIO, said an unnamed person with “direct and deep connections with a foreign government and its intelligence agencies” planned to make political donations and generate positive media coverage for some politicians standing in the election.

Burgess did not name the foreign power behind the attempt to exert influence over Australian politics but said that “espionage and foreign interference has supplanted terrorism as our principal security concern”.

Australia has introduced laws to curb external influence over its domestic politics, banning foreign political donations and demanding lobbyists reveal when they were working for overseas entities. In 2019, ASIO investigated claims that a Chinese espionage ring had attempted to recruit an agent to stand for election.

A politician from the opposition Labor party, who had called for Australia to respect Beijing’s claims over the South China Sea, stood down in 2017 after being accused of putting national security at risk over a donations scandal linked to a Chinese property developer.

James Paterson, who chairs the parliament’s intelligence and security committee, declined to reveal which government was behind the Puppeteer plot.

But he told 3AW radio that “the principal foreign espionage and interference threat does come from the Chinese Communist party, but it isn’t the only threat. There are other foreign intelligence services who do try and influence Australia in their national interest but against ours. ”

The Puppeteer plan was to be funded by an offshore account running to hundreds of thousands of dollars and use a “cut out”, a local well-connected employee, to shield the identity of whoever was backing the politicians. If successful, the plan would have opened an invaluable source of influence and information gathering for foreign power, according to Burgess.

“The [Puppeteer’s] aim was not just to get the candidates into positions of power, but also to generate a sense of appreciation, obligation and indebtedness that could subsequently be exploited, ”he said. 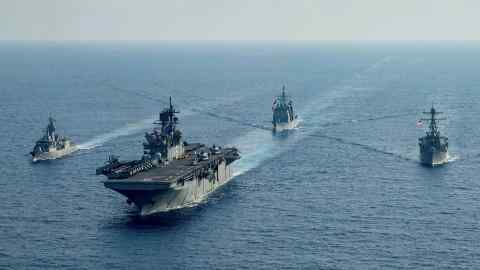 “It was like a foreign interference start-up,” he said of the plan that could ultimately have led to people being employed in Canberra at the behest of the Puppeteer. Once in position, Burgess said they would be able to funnel information on security and trade to foreign power and potentially apply pressure on targeted politicians to vote certain ways and influence their party.

“I know this is how it plays out because we’ve seen it happen in situations where we uncovered foreign interference at a later stage,” Burgess said.

Paterson said the foiled plot was a “very serious” attempt to sabotage Australian politics. “If it hadn’t been thwarted, it could have been a very insidious influence on our political system and on our country,” he said.

Burgess added that ASIO needed to be on high alert ahead of the elections, which must take place by May 21, for other infiltration attempts.

The spy chief said that foreign intelligence agencies had also started using dating apps, such as Tinder and Bumble, to target Australian officials with access to sensitive information.