The Bank of England raised interest rates from 0.5 per cent to 0.75 per cent on Thursday, underlining its resolve to fight soaring inflation, which is now expected to hit 8 per cent by the end of June.

The quarter-point rise – the third back-to-back increase since December – has returned interest rates to their pre-Covid level and places the BoE at the forefront of a global move to tighten monetary policy, following this week’s increase by the US Federal Reserve.

The Monetary Policy Committee said Russia’s invasion of Ukraine would “accentuate both the peak in inflation and the adverse impact on activity by intensifying the squeeze on household incomes.”

It now expects inflation to rise to about 8 per cent in the second quarter of 2022 – around 1 percentage point higher than its February forecasts showed – and potentially climb even higher in October, when regulated energy prices are set to rise again.

This means inflation could rise temporarily into double digits: minutes of the MPC’s meeting said that if the latest rise in energy futures was sustained, consumer price inflation could be “several percentage points higher” than had been expected in February, with disruption to global supply chains also threatening to fuel core goods inflation.

Eight of the MPC’s nine members voted to raise rates to reduce the risk that businesses and households will come to see these high levels of inflation as normal – adjusting their prices and wage demands to match, in a self-fulfilling spiral.

However, the MPC was much more cautious about the potential path of interest rates over the coming year, in contrast to the hawkish tone adopted on Wednesday by the US Federal Reserve. 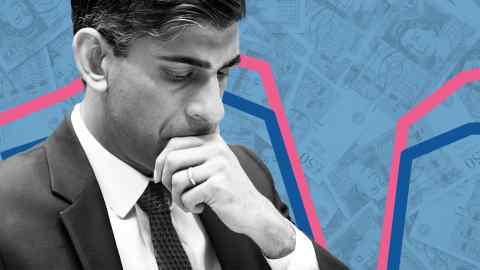 The committee said that while business confidence and jobs market had so far remained strong, consumer confidence was already falling and the squeeze on household incomes was set to be “materially larger” than thought in February, weakening an already subdued outlook for growth.

It said “some further modest tightening in monetary policy” might be needed over the coming months, but that there were risks on both sides of that judgment, and that it would “review developments in the light of incoming data” before updating its forecasts in May.

Sir Jon Cunliffe, a BoE deputy governor, went against the majority, voting to leave policy unchanged, arguing that the hit to household incomes, combined with the effect of Ukraine war on business and consumer confidence, would hit economic activity and employment and bring down inflation.