Sunak, under fierce pressure to do more to help families through the cost of living crisis, has told colleagues he wants to turn off the spending taps and that every “marginal pound” should go towards tax cuts.

His tough stance has put the brakes on the energy strategy, which was originally due for publication last week and then again at the start of this week.

Officials close to the process said they did not expect an announcement this week and that April 4, during the Easter parliamentary recess, was now the earliest date.

Sunak is under pressure to put more money into a new generation of nuclear power stations, to bolster the rollout of wind power, and to cushion heavy industry against the spiraling costs of energy.

Last week Johnson appeared to add another potential cost, saying: “I will be bringing forward a British energy security strategy that will address the needs of British steel, British ceramics and the whole of British industry.”

Sunak forced a delay in the publication of the strategy this month to give him more time to “engage” with it, according to one official close to the process. “He doesn’t want to provide any new money,” the official said.

The chancellor was heavily criticized last week for failing to do enough to offset the cost of the living crisis; he is expected to go much further in the autumn amid fears that the energy price cap could rise to £ 2,800.

But with tax levels rising to their highest level since the 1940s and debt interest surging to £ 83bn next year, Sunak’s fiscal room for maneuver is limited and he wants to bear down on extra spending.

The Financial Times revealed this month the government would take a 20 per cent stake in a new vehicle developing the Sizewell C nuclear plant in Suffolk, as the Chinese state-backed energy group CGN is eased out of the project.

But Johnson wants nuclear to provide 25 per cent of the UK’s electricity by 2050, implying potential further British government participation. A big scaling up of wind power is also planned in the strategy.

To add to Sunak’s pressures, the British heavy industry has warned that companies will have to pay tens of millions of pounds in extra energy costs from next week if ministers do not extend an important support scheme.

Executives from some of the heaviest industrial energy users said they were calling on the chancellor to act before the scheme finishes at the end of March.

Under the scheme, the government compensates certain energy-intensive sectors, such as steel and chemicals, for carbon costs that are passed through in the price of electricity.

Ministers last year extended the compensation for one year from January 2021 to March 2022 in the wake of Britain’s exit from the EU and subsequently launched a consultation on the program in the summer.

Britain’s chemical producers face extra costs of more than £ 27mn on their electricity bills this year if the relief is not extended, according to estimates by the sector’s trade body, the Chemical Industries Association. 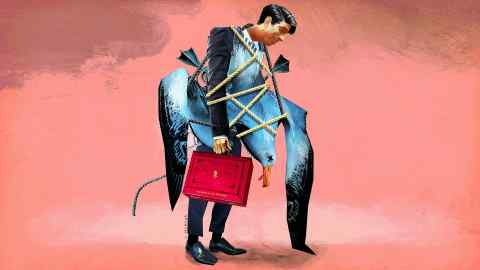 Steve Elliott, the CIA’s chief executive, wrote to Sunak after Wednesday’s Spring Statement, asking the government to confirm its plans given that there were “only a few days left until the end of March cessation of the current compensation regime”, according to the letter that was seen by the FT.

Andrew Large, director-general of the Confederation of Paper Industries, said his industry would stand to lose compensation worth £ 22mn per year if the scheme was not extended.

Large said the industry had enjoyed good support from the business department on the issue but added: “It is a really ridiculous state of affairs that it has been allowed to get so close to expiry. It is causing enormous challenges for businesses that are trying to plan. ”

A government spokesman said it remained “absolutely determined to secure a competitive future for our energy-intensive industries”. “We have provided them with extensive support, including more than £ 2bn to help with the cost of energy and to protect jobs.”

Uncertainty about the scheme is the latest challenge for energy-intensive users that have been hit by soaring wholesale gas and electricity prices.

Manufacturers are also grappling with the prospect that Russian-owned Gazprom Energy could go out of business and have asked the government to draw up emergency plans. The company supplies up to two-thirds of the UK’s heavy energy users, including makers of ceramics, paper, steel and fertilizer.

Although they would like to exit their Gazprom contracts in a signal of support for Ukraine, many signed deals negotiated long before the wholesale energy price began to surge last summer, meaning they still pay rates below market levels.