Business groups have called on the government to bring in lower tax and higher investment measures to stimulate economic growth and revive faltering productivity ahead of the chancellor’s spring statement in March.

The CBI said its proposals could yield £ 100bn for the UK economy by 2030, and raise post-Covid economic growth to 2.5 per cent a year, higher than the Office for Budget Responsibility’s current projection of 1.3-1.7 per cent.

“Faced with a record tax burden, cost-of-living crisis, wage pressures and the end of super-deduction, firms will be looking to the spring statement for a clear signal that the government’s ambition will be matched by action,” he said. Tony Danker, CBI Director-General.

He added that without “serious action, we risk the economy simply drifting towards low growth once the V-shape bounce ends”.

The business group called for a permanent investment deduction – a 100 per cent tax deduction for companies on their capital spending. The measure would boost investment by £ 40bn a year by 2026, and offset the impact of a future corporation tax rise, according to the CBI.

The CBI said this would drive 17 per cent more capital investment a year by 2026 in the UK, which is expected to rank last among G7 countries in terms of business investment when the existing super deduction tax break comes to an end in 2023.

The super deduction tax break was a temporary measure introduced during the pandemic allowing companies to cut their tax bill by up to 25p for every £ 1 they invest.

An office for future regulation should be created to help reform business rules, it said, adding that business rates that are “crippling burden on firms” should be reduced.

The total cost of the CBI’s proposals in the first year is £ 13.5bn, including £ 8.1bn for the permanent investment deduction.

The group said it was in talks with government officials about the impact on British business from the war in Ukraine.

In a paper published last week, the CBI said that, at a macro level, higher energy prices were “by far the greatest concern for the UK economy which, all else equal, will result in further upward pressure on inflation and a modest hit to GDP growth over the next two years ”.

It also warned that higher commodities prices could exacerbate supply chain pressures in some sectors such as automotive, technology and food and drink. 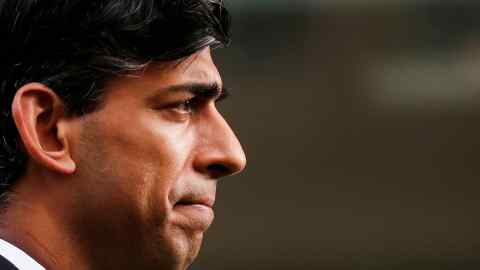 Danker said the group was talking to government departments “to best understand how we can support them and provide a crucial convening role with sectors that are affected.”

In a separate submission to the Treasury, the Federation of Small Businesses also called for the government to extend tax breaks, such as the one-year relief for property improvements.

But it warned that the super-deduction scheme was both “eye-wateringly expensive, and will be primarily used by corporations and multinational businesses, not small businesses”.

The FSB called for the government to reduce or reverse its proposed increase in national insurance and dividend taxation from April, and to raise employment allowance from £ 4,000 to £ 5,000.

Make UK, the manufacturers’ organization called for the national insurance rise to be delayed warning that it would cause companies to “slam brakes on recruitment” to offset higher costs.