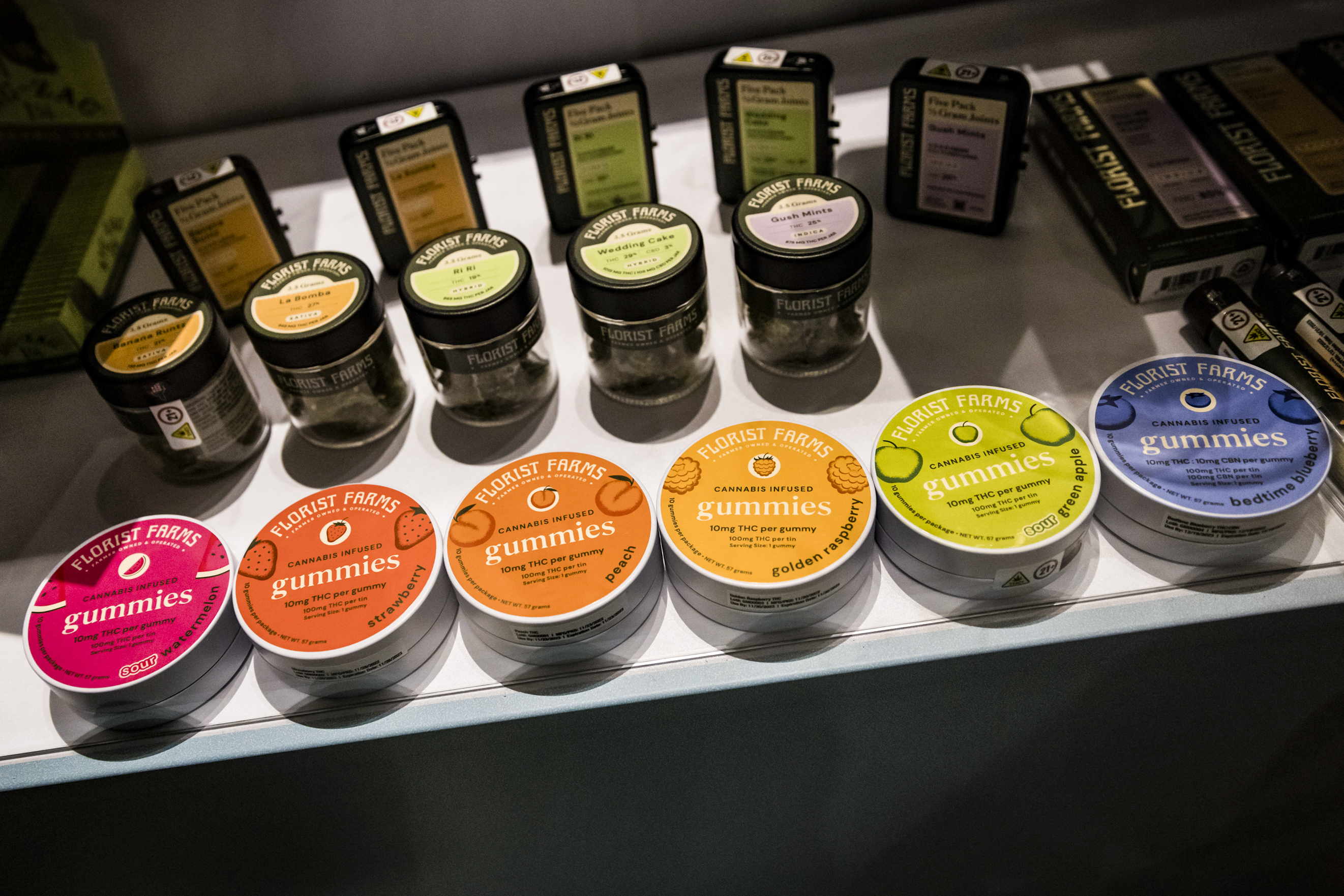 When New York’s first licensed recreational marijuana store opened last month, the head of the state’s Office of Cannabis Management, Chris Alexander, proudly held a can of watermelon-flavored gum above the crowd.

Outside the Manhattan store, he showed off another purchase, a jar containing the dried flowers of a cannabis variety called Banana Runtz, which some fans say has notes of “fresh, fruity banana and sour candy.”

Inside the store, run by the nonprofit Housing Works, shelves are filled with vape cartridges evocative of pineapple, grapefruit and “cereal milk” emblazoned with rainbow bubble prints.

For decades, health advocates have blasted the tobacco industry for marketing harmful nicotine products to children, leading more cities and states, such as New York, to ban flavored tobacco products, including e-cigarettes.

Now that cannabis shops are proliferating across the country, the same concerns are growing about the packaging and marketing of flavored cannabis, which critics say could entice children to eat products labeled “crazy mango,” “strong lemon” and “peach dream.”

“We need to learn from the nicotine space, and I would certainly argue that we should put a similar concern on cannabis products in terms of their appeal to youth,” said Catherine Keyes, a professor of epidemiology at Columbia University who has written extensively about the rise of marijuana use among young people.

“If you walk through a cannabis dispensary right now,” she said, “it’s almost ridiculous how much of the packaging and products are aimed at young people.”

Keyes added that public health policymakers — and researchers like her — are trying to catch up with an industry and market that is rapidly expanding and evolving.

New York, which legalized recreational marijuana in March 2021, bans marketing and advertising that “is intended in any way to appeal to children or other minors.”

But the New York State Office of Cannabis Management has yet to formally adopt labeling, packaging and advertising rules that could ban cartoons and neon colors, as well as ban depictions of food, candy, soda, drinks, cookies or cereal on the packaging – all of which, according to the agency, could attract people under the age of 21.

Similar products are sold by dozens of illegal pot dispensaries that operate out in the open and that officials worry are selling dangerous products. Once packaging and marketing standards are established, the illegal market is unlikely to follow them, experts say.

“We can regulate until we’re blue in the face. But the truth is that it’s a partnership between a compliant industry, strong regulations that are robust in their protections for young people and then parents,” Hunt said.

Under state law, a minor in possession of marijuana will face a civil penalty of not more than $50. Licensed cannabis retailers who sell to minors face fines and the loss of their licenses, but not jail time.

Science has long established the addictive nature of nicotine and the health problems associated with smoking, including cancer and emphysema.

Less settled are the health effects of smoking, especially among children whose bodies and internal organs have not yet fully developed.

While tobacco cigarette smoking has declined among teenagers and young adults, the use of e-cigarettes and e-cigarettes has increased.

But those rules need to be expanded to include marijuana, said Linda Richter of the Partnership to End Addiction, which says the problem has yet to be widely addressed.

“There is more control over the tobacco industry and very, very little in terms of rules, regulations, controls, restrictions when it comes to the cannabis industry,” she said.

Because of the relative infancy of the legalized industry, she added, states have yet to unify the rules into a single national standard. States often look to the federal government to set these standards, but marijuana remains illegal at the federal level.

“It’s a real problem when you don’t have the weight of the federal government in terms of packaging and marketing standards” to set parameters to avoid appealing marketing to young people, Richter said.

Anti-smoking groups, including the Campaign for Tobacco-Free Kids, have long opposed the tobacco industry for its marketing, such as using cartoon characters to help market its products. In recent years, they have campaigned against flavored nicotine products, including those in the form of vaping.

But so far, such groups have not targeted the marijuana industry.

“When you’re talking about strawberry cheesecake, mango or cookies and cream flavors, it’s very hard to argue that they’re for older people,” said Dr. Pamela Ling, director of the Center for Tobacco Control Research and Education at the University of California, San Francisco.

“People who consider themselves more of a cannabis lover,” she said, “will say that smoking a cannabis-flavored product is like putting ketchup on your steak.”