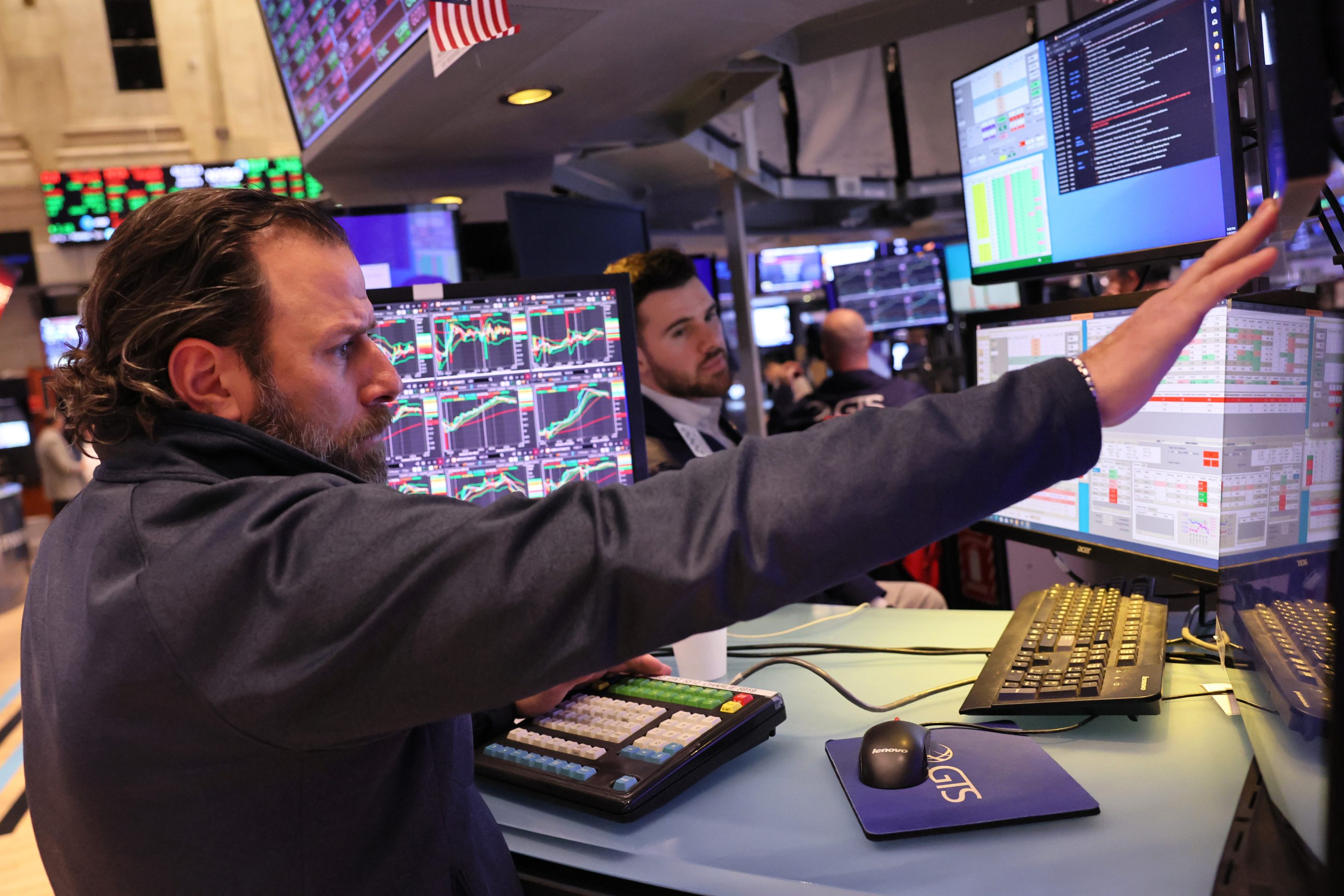 Stock market investors hoping to rest after a brutally volatile 2022 have history — and options traders — on their side.

With slowing inflation supporting speculation that the Federal Reserve is nearing the end of raising interest rates, equity traders are looking for a respite from the turmoil that continued to race through markets last year. That drives the so-called volatility curve — a graph that shows expectations for the severity of price swings in coming months — lower at every point than it was a year ago.

Other historical data points also suggest that the optimism of the past two weeks is not misplaced. Among them: There have been only two consecutive annual stock market declines since 1950, during the recession of the early 1970s and the three-year burst of the dot-com bubble at the turn of this century. Nothing of the sort is expected in 2023, at least in the baseline scenarios of most Wall Street strategists.

“As bad as last year was, there is so much bad news that has probably already been priced into the markets,” said Ryan Detrick, chief market strategist at Carson Group. He thinks the US can avoid a recession, which would be a “major positive catalyst” for stocks. “We are seeing steps in the right direction with inflation. This is the key to the whole puzzle.”

Of course, investors shouldn’t expect completely smooth sailing from here on out. In fact, January after a double-digit annual decline has historically been a rough month for the S&P 500.

Still, the S&P 500 rose 2.7% last week and is up more than 4% for the year. On Thursday, the Labor Department reported that the consumer price index fell in December from the previous month and posted its smallest annual increase since October 2021. Many see the data as an opportunity for Fed officials to cut the pace further of raising interest rates in the February meeting.

Those stock market gains are welcome news for stock bulls after the S&P 500 posted a more than 19% loss in 2022, the worst hit since the financial crisis of 2008. The good news is that such down years usually have been followed by a recovery: The S&P 500 has rebounded from them by an average of 15% over the following 12 months, according to data dating back to 1950 compiled by the Carson Group.

“Markets may have good reasons to see the glass half full on inflation and reject the central bank’s hawkish” rhetoric, said Emmanuel Cau, strategist at Barclays Plc.

Yet there is still cause for continued concern among equity investors, who pulled $2.6 billion from U.S. equity funds in the week to Jan. 11, according to a Citigroup Inc. note citing EPFR Global data.

It is possible that the Fed will end up defying market expectations. For example, officials say traders are wrong to predict interest rate cuts later this year. And the latest round of corporate earnings reports is just starting to roll in, and it carries its own risks.

Those skeptical that January’s gains will hold may also point to their own precedent. In the four instances where markets have posted double-digit one-year declines since the turn of this century, stocks have fallen three times in the first month of the following year.

But for now, at least, traders do not expect major upheavals. The month’s two main economic reports – employment data and the consumer price index – have already been released and showed that growth continued to hold and inflation eased.

The Cboe VIX — a gauge of projected price volatility in the S&P 500 that typically moves in the opposite direction of the index — ended last week at around 18, its lowest level since last January.

Institutional investors have been hedging their bets on shorting stocks over the past few weeks and earlier this month increased their net long positions to their highest level since May 2022, Ned Davis Research’s analysis of CFTC data shows.

“If there is a recession that lasts for about two quarters by the time we get to the second half of the year, markets should recover,” said Ed Clissold, chief U.S. strategist at Ned Davis Research. “If inflation data continues to be favorable and earnings are pretty good, you can make a case that hedge funds will continue to cover their short positions, which would be pretty good fuel for the rally to continue.”