“I wanted to create this really welcoming, beautiful space for women – an unintimidating, cozy environment that was light and bright,” says Daisy Knatchbull of The Deck, the made-to-measure tailoring house she launched in 2019. Based on Savile Row , the atelier has cream and dark-blue walls, inviting plush furnishings and tables strewn with huge white hydrangeas, Diptyque candles and glossy magazines. It’s a far cry from the oak-panelled rooms adorned with gilded antiques and stags’ heads that have colonized this muscular mile of tailoring for gentlemen that has existed for more than two centuries.

Sales of men’s suits in Britain have plummeted by 2.3m units over the past five years, according to market research firm Kantar. The shifts in workwear trends alongside the pandemic, combined with high overheads and a decline in tourist numbers, have left Savile Row in a state of perilous decline. Kilgour, Hardy Amies and Chester Barrie have closed their Savile Row stores in recent years (although some retain an online presence). Gieves & Hawkes, one of the world’s most prestigious tailors that once boasted Charlie Chaplin and Winston Churchill as clients, seems at risk of closing permanently after her parent company was put into liquidation. Could expanding its services to women help save the endangered Savile Row?

It was while working as communications director at Huntsman that Knatchbull first saw a gap in the market for women’s tailoring on Savile Row. “I just knew there were women who really wanted to have this experience,” she says. A two-piece, made-to-measure suit at The Deck starts at £ 2,200 (a bespoke suit on Savile Row typically costs in the region of £ 5,000); the house also makes safari jackets, dresses and skirts, and has recently collaborated with Turnbull & Asser on a collection of shirts. It’s a move that has paid off, with business expected to double this year and plans underway to accommodate more customers as well as expand The Deck’s offering to include a broader range of made-to-measure styles. “We have women in their 60s and 70s come to us who say they’ve never found a pair of trousers that have fit them before. I mean, that is a crime. ”

Kathryn Sargent, who became Savile Row’s first female master tailor in 2016 and now has her own bespoke tailoring house on Mayfair’s Brook Street, says that just over one-third of her orders are for women’s pieces, and demand for women’s tailoring is growing. “I probably do more womenswear than most Savile Row tailors, but I want to attract more women because I think it’s a joy to share this discovery of tailoring with them,” she says. “The perception has been that Savile Row is just for suits, but actually tailoring is so much more. We’re doing a lot more separates across the board, and pieces you can mix-and-match and dress down as well as well. ”

I get lots of women saying they don’t want to buy a different dress for every wedding they go to, they want to just have one suit, like the men do

Sargent, whose two-piece bespoke suits start at £ 5,250, began making suits for women after struggling to find something she could wear while training at Gieves & Hawkes. “When I was learning cutting, I learned about where the button should be on a man if he was tall or if he was short, or if he was working in the City or as a lawyer. There were all these rules and guidelines to follow, whereas with women’s tailoring there were none, ”she explains. “Most of the iconic women’s looks that Savile Row had in its armor historically were established from ridingwear and countrywear, so I worked on adapting those styles and came up with my own way of cutting for women. I was one of the very few cutters that actually wanted to make for women. ”

Part of the reluctance stems from women’s bodies being seen as difficult to work with, says Phoebe Gormley, who in 2014 founded Gormley & Gamble, Savile Row’s first womenswear-only tailor. The house offers made-to-measure suits and separates in thousands of fabrics sourced from British, Scottish and Italian mills, as well as custom-print silk linings, with prices starting from £ 800 for a jacket and £ 400 for trousers. “Even menswear tailors who offered womenswear wouldn’t put a woman’s mannequin in the window,” she says. “And I guess it was such a small market that there was no point training in womenswear.”

Huntsman, the hallowed Savile Row tailor that has dressed King Edward VII and Gregory Peck as well as Queen Victoria and Katharine Hepburn, has seen a 35 per cent increase in female clients since 2019. “We’ve always had a lady’s offering, though we “ve never really put it up on the pedestal,” admits Huntsman’s managing director, Taj Phull. “It’s always been in our DNA, but when the name of the store is Huntsman, and it’s so prominent, you would almost feel it’s not for ladies if you were walking past.”

Magdalena Handwerker, Huntsman’s head ladieswear cutter, believes that the appetite for women’s bespoke tailoring is also part of the shift to a more sustainable mindset. “I think people have started appreciating having a garment that truly fits you, and being more patient rather than having that instant product.” Sargent agrees: “A lot of my clients have gained or lost weight or want to change buttons or linings to freshen them up and are bringing pieces in to be adapted, which is the great thing with bespoke because you can actually take it back to your tailor and have it changed. ”

The vogue for bridal suits and tailored wedding attire has also seen more women head to Savile Row. Cad & The Dandy, one of the street’s younger tailoring houses, has seen sales of women’s tailoring soar by 300 per cent since 2019, with a notable uptick in wedding suits – a trend mirrored at The Deck and Gormley & Gamble. “I think people are realizing that if they’re going to have a wedding of 15 people, they don’t need the £ 7,000 white fluffy dress,” says Gormley. “They want something they can wear again. And I get lots of women who come in saying that they don’t want to have to buy a different dress for every wedding they go to, they want to just have one suit, like the men do. ” 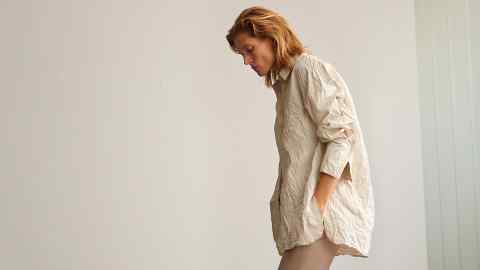 Other Savile Row houses are recognizing the need to adapt to modern tastes. Both Edward Sexton and Cad & The Dandy have recently launched men’s ready-to-wear collections. “The appetite for a suit that’s made well, according to our Savile Row principles, but that is available without the wait of bespoke has caught us by surprise,” says James Sleater, founder of Cad & The Dandy, which is now beginning to make some key ready-to-wear pieces for women too. “It’s a whole new adventure for us, having a shop on Savile Row selling purely off-the-rack clothing,” says Edward Sexton. He hopes to build on his reputation as a bespoke tailor for both men and women (Twiggy and Bianca Jagger are previous clients) by eventually creating a capsule of ready-to-wear women’s pieces. “We’ve done a lot of groundwork with this so we’re in a position where we can pretty much press the button,” he says, “but you don’t want to end up in a situation where you’re a Jack of all trades, master of none. ”

Still, with tailoring in womenswear enjoying such a renaissance, it seems that much of Savile Row is finally realizing its potential in the market. “What’s really exciting about our clients – and why we were so busy when other tailors weren’t – is that our women aren’t buying just for the office, they’re buying for every occasion,” adds Knatchbull. “It’s maximizing the suit that is going to change Savile Row.”