The Chinese region that is one of the three hubs for the Beijing Winter Olympics this week is facing severe financial problems after embarking on a debt-fueled investment spree to prepare for the Games.

In a microcosm of the problems facing local governments across China, Chongli County has also been hit by a crackdown by Beijing on property sector credit coupled with the loss of business from tough pandemic prevention measures aimed at eliminating Covid-19.

“The Olympics have dealt a heavy blow to us,” said Daniel Li, who runs a ski equipment store near Genting Snow Park, one of the Winter Olympics venues. Li, who left Chongli county this month to look for work, is struggling to pay the annual Rmb200,000 ($ 31,443) rent for his ski equipment store after China’s zero-Covid measures led to the closure of resorts from January to March.

“The ski season on which we rely for a living has come to an early end because of government policy and we haven’t received any compensation for our sacrifice.”

As with many Olympic host cities and regions, Chongli and its administrative center Zhangjiakou embarked on a building spree that filled the former agricultural region – known for its segments of the Great Wall – with five-star hotels, restaurants and conference facilities.

After Beijing launched its bid for the Winter Olympics with Chongli in 2013, the county’s annual fiscal spending more than tripled to a peak of Rmb3.6bn in 2019, led by investment in sports-related facilities. By contrast, fiscal revenue rose less than two-thirds to Rmb572m during the same period.

Li Jiang, head of the Chongli Finance Bureau, said in a speech last November that the county was facing an “enormous” funding shortage for Olympics-related projects. Higher levels of government had yet to refund Chongli for its advance payments on these activities. “These problems require. . . an immediate solution, ”said Li.

Liang Baoku, director of the Chongli Development and Reform Bureau, the county’s economic planning agency, said in October it had unveiled ski tourism projects worth a combined Rmb37bn since Beijing won the bid in 2015 to host the Winter Olympics. That compared with Rmb2.5bn in the previous 15 years.

Zhangjiakou has reported one of the nation’s fastest-growing government gross domestic product to debt ratios, jumping from 30 per cent in 2018 to 48 per cent in 2020, according to public records.

“It is a general rule that the Olympics will have a negative impact on the host country’s economy,” said Dan Wang, chief economist at Hang Seng Bank (China). “That may be especially true for China where political considerations are prioritized over financial ones.”

Chongli’s home prices shot up after Beijing won its Olympics bid but a series of policy crackdowns, starting with restrictions on home purchases by outsiders in the county, soon chilled the market. The final blow was efforts by Beijing to tighten control over property-sector borrowing, which has sparked a nationwide real estate downturn. 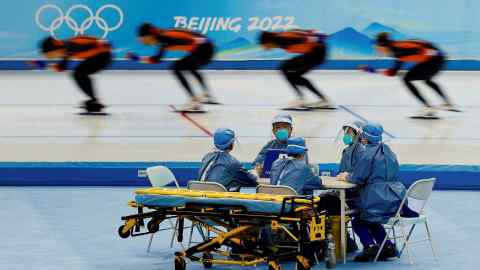 Average prices for built homes in Chongli have dropped more than a third over the past four years, according to Anjuke, a real estate website.

This has hit the county’s revenue from land sales, which missed the government target by 22 per cent in 2020.

The economic slump and pandemic restrictions have been devastating for jobs in the region. Multiple ski resort executives said revenue fell by more than half in 2020, before recovering to pre-pandemic levels last year and then shrinking again in 2022.

“There is no end in sight,” said an executive at a big Chongli ski resort.