Coronavirus infections among the over-70s in the UK surged to record high in mid-March driven by the highly infectious Omicron BA.2 sub-variant, according to the Office for National Statistics.

Nearly 3.3mn people were infected with Covid-19 in the week ending March 12, a rise of 26 per cent from the previous week and the highest level recorded since mid-February.

The surge in infections has already fled to contribute to increased hospitalizations. As of March 17, there were 14,671 Covid patients in hospitals across the UK, an increase of 38 per cent in the past fortnight.

Sarah Crofts, head of analytical outputs for the ONS infection survey, noted that over-70s, the age group most susceptible to severe illness, had “[reached] their highest estimate ”since the survey began in summer 2020. In England, one in every 30 people aged above 70 had Covid in the seven days to March 12.

“These increases are largely driven by the marked rise of the Omicron BA.2 sub-variant,” she said.

Over-75s and immunocompromised people in the UK are set to be offered an additional booster dose from the end of the month.

Experts believe the wave of infections is being driven by waning behavioral caution coinciding with the increased prevalence of the BA.2 offshoot, which is 30 per cent more infectious than the original Omicron.

The surge of infections comes as England prepares to end free mass Covid testing from the end of the month after removing legal restrictions in late February.

“At this level of prevalence and the decision not to halt the spread, the most likely outcome is that almost everyone who is susceptible is going to be infected,” predicted James Naismith, director of the Rosalind Franklin Institute and professor of structural biology at Oxford. university. “My main concern is for the vulnerable for whom this disease is serious and for those whose lives will be blighted by long Covid-19.”

Graham Medley, a professor of infectious disease modeling at the London School of Hygiene and Tropical Medicine, said stopping legally enforced self-isolation in England would have made the wave “more difficult to contain now that fewer sick people are staying at home”.

On March 16, English hospitals recorded 1,823 Covid admissions, an increase of 20 per cent on the same day last week and the highest daily figure since January 13.

But a large proportion of registered Covid patients are not being treated primarily for the disease and instead tested positive incidentally after being admitted. In England, they account for 56 per cent of Covid patients. 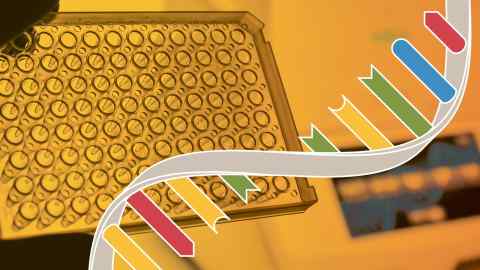 In Scotland, the number of Covid patients is only slightly below the January 2021 peak of 2,053. On Friday, there were 2,050 hospital beds occupied by Covid patients.

“There was an expectation that there would be an uptick once measures were lifted, but people weren’t expecting quite as steep an increase, so soon,” said Saffron Cordery, deputy chief executive of NHS Providers, which represents healthcare leaders in England. “We need to keep a close eye on it. There is a danger that people have been lulled into a false sense of security. ”

She added that the NHS was “not currently expecting” the wave of critical incidents that were declared before Christmas, “but we are not going as fast as we would like to with backlog recovery”.

The other UK nations have also fled to unwind restrictions in recent weeks, but on Tuesday the Scottish government postponed the end to compulsory mask-wearing until April, citing concerns over BA.2.