Credit Suisse has chopped bonuses for it senior executives by 64 per cent after a year during which the bank suffered heavy losses from the collapse of the family office Archegos Capital and specialist finance company Greensill.

“2021 has been an unprecedented and uniquely challenging year for Credit Suisse,” said Kai Nargolwala, chair of the board’s remuneration committee.

Credit Suisse also became the latest bank to outline its Russian risk on Thursday, as it detailed a gross credit exposure of SFr1.6bn at the end of 2021.

It added that after taking into account hedges, guarantees, insurance and collateral, its net risk exposure was SFr848mn.

Without providing details, the bank said it had “minimal total credit exposures towards specifically sanctioned individuals” in its wealth management business, which historically has been a favored lender for rich Russians.

“In purely financial terms, we have reviewed our positions and believe that the bank’s exposure to Russia is well-managed, with appropriate systems in place to address associated risks,” Gottstein said. 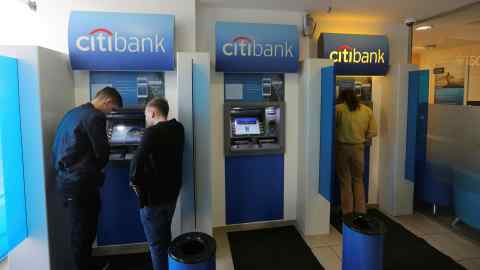 “The current environment means making difficult decisions and managing through challenging situations, but always with a clear sense of perspective and the desire to do the right thing.”

On Monday, rival Swiss bank UBS said it had around $ 200mn of exposure to Russian assets used as collateral in Lombard lending, which are loans secured against a portfolio of liquid assets such as equities and bonds, and other secured financing.

UBS also revealed it had $ 10mn of loans outstanding to clients hit by western sanctions imposed in response to Russia’s invasion of Ukraine. The world’s largest wealth manager said that its direct risk exposure to Russia was $ 634mn at the end of 2021, out of its total emerging market exposure of $ 20.9bn.

By comparison, Austria’s Raiffeisen reported a direct exposure to Russia of € 22.9bn, while France’s Société Générale and Crédit Agricole reported € 18.6bn and € 4.9bn of exposure, respectively, and ING of the Netherlands reported € 6.7bn.

On Wednesday, UniCredit warned that it faced losses of about € 7bn in an “extreme scenario” whereby its entire Russian business was wiped out.