The European Central Bank has started an emergency meeting of its rate-setters, sparking speculation it could announce measures to tackle surging borrowing costs in weaker eurozone economies.

The ECB said earlier on Wednesday: “The governing council will have an ad hoc meeting on Wednesday to discuss current market conditions.” The meeting began at 11am CET.

The meeting, which comes less than a week after the rate-setting governing council’s last vote, has raised investor expectations that the central bank is preparing to announce a policy instrument to put-off another debt crisis in the region.

Italian government bonds rallied in price following news of the planned meeting, reversing some of the recent sell-off that analysts said brought the country’s borrowing costs towards the “danger zone”.

Gilles Moec, chief economist at Axa, an insurer, said the “stakes are high” for the ECB “now that everyone is dusting off their debt sustainability spreadsheets for Italy, they probably need to go up an extra notch”.

The 10-year yield on Italian government bonds fell about 0.2 percentage points in choppy early trading on Wednesday to about 3.98 per cent, according to Tradeweb data. It had risen to almost 4.2 per cent in the previous session from just over 1 per cent at the end of 2021.

The eurozone central bank disappointed investors last Thursday with a lack of detail over when or how it would intervene in government bond markets to tackle so-called financial fragmentation, which had raised the costs of borrowing for vulnerable southern European countries more than for their northern neighbors .

Moec said investors would expect the ECB to “at least say they will launch a new instrument” as well as give more detail on how it will use flexibility in reinvesting the processes of maturing bonds to tackle fragmentation in eurozone bond markets.

The gap, or spread, between Italian and German borrowing costs had widened to 2.4 percentage points, double last year’s level and up from about 2 percentage points before last week’s ECB meeting, when rate-setters signaled an end to ultra-loose monetary policy by announcing plans to stop buying more bonds and start raising interest rates.

The euro reversed some of its losses, rising 0.6 per cent against the dollar to $ 1,047 early on Wednesday after the ECB statement was reported by newswires.

The meeting comes ahead of the Federal Reserve’s monetary policy decision on Wednesday with the market expecting the US central bank to raise rates by 0.75 percentage points.

ECB executive board member Isabel Schnabel indicated in a speech on Tuesday evening that the central bank was getting closer to the point where it would intervene in bond markets, saying “some borrowers have seen significantly greater changes in financing conditions than others since the start of the year ”. 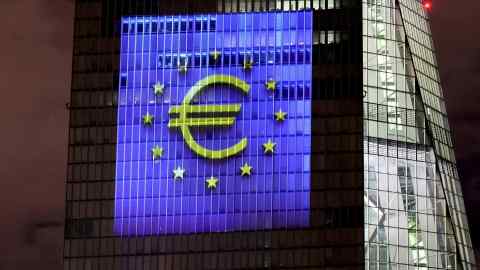 She added: “Such changes in financing conditions may constitute an impact in the transmission of monetary policy that requires close monitoring.”

Schnabel, the ECB executive who oversees its market operations and one of the most influential voices on its board, said the central bank’s commitment to the euro had no limits. “And our track record of stepping in when needed backs up this commitment,” she added.

Analysts estimated the ECB has already had an additional € 200bn to spend on stressed government debt from bringing forward some reinvestments of maturing sovereign assets by up to a year.

The last time the ECB called an unscheduled board meeting was at the start of the coronavirus pandemic in March 2020, when it launched a vast bond-buying scheme to counter the sharp sell-off in bonds of more vulnerable eurozone countries such as Italy.

ECB President Christine Lagarde is planning to continue with a trip to the UK on Wednesday evening to receive an honorary degree from the London School of Economics, where she is due to speak at an event.