EDF has sharply worsened its forecast hit from lower nuclear power output and government measures to curb electricity bills, with the French energy group saying it now expects a € 26bn impact on core profits this year.

The state-controlled group is facing outages at several reactors in France as it inspects possible pipe defects, dragging its output to multiyear lows at a time when a surge in energy prices is exacerbated by Russia’s invasion of Ukraine.

The French government has also made EDF shoulder the cost of a move to cap energy bill rises at 4 per cent this year. The group is having to sell more of its nuclear power to third-party distributors such as TotalEnergies at a fixed price well below wholesale rates.

EDF said on Monday that earnings before interest, tax, depreciation and amortization this year would take hits of € 16bn from production falls and € 10.2bn from regulatory measures, up from previous estimates of € 11bn and € 8.4bn.

That compares with a core profit last year of € 18bn. It is not clear to what extent EDF will be able to offset some of the pain with higher prices on some of the energy it sells.

The hits come at a crucial juncture for EDF as it gears up for a rollout of new reactors that is central to France’s plans to strengthen its focus on nuclear power in the coming decades. Finland’s long-delayed Olkiluoto 3 nuclear reactor, which was built by EDF, began production at the weekend. 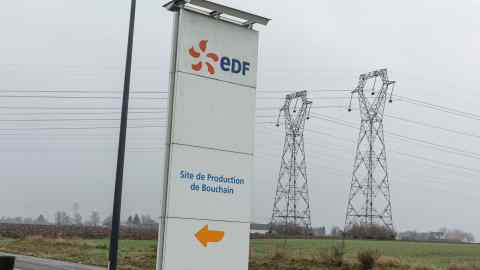 President Emmanuel Macron said this year that France, Europe’s sole nuclear power champion, would look to extend the life of as many of the country’s aging 56 reactors as possible beyond 50 years, a plan that would require maintenance programs at a cost running into billions of euros.

Macron has confirmed plans to build at least six new European pressurized reactors in the coming years at an estimated cost of € 52bn.

Though much of the funding will come from the state, EDF has also been looking to get itself into a better financial shape so that it can maintain its credit ratings and access to market borrowing.

The French government moved to shore up EDF’s finances in February, saying it would back a € 2.5bn capital raise at the group, which has yet to take place.

EDF said on Monday it was maintaining a goal to have a net debt of about three times ebitda by the end of 2023. But it also warned that it could struggle to reach financial targets.

“The scale and variety of the risks the group is facing. . . are likely to impact the group’s ability to achieve these objectives, ”EDF said, adding that it was difficult to estimate the impact of Ukraine’s invasion.