European capitals need to avoid competing for bilateral gas deals and instead jointly buy fuel from big suppliers, Belgium’s prime minister urged, as he warned the EU was allowing its economy to be “ruined” by soaring energy prices.

Alexander De Croo said the EU should draw on the success of the European Commission’s joint Covid-19 vaccines procurement and make a combined effort to secure large quantities of gas, as it seeks to curb prices and wean itself off Russian fossil fuels.

In an interview with the Financial Times, he also called for a ceiling on gas prices, saying the EU energy market showed a failure that is “just out of control”.

“This is about making sure it’s not a competitive race and a scramble for gas capacity,” De Croo said. “You could have a solidarity mechanism to make sure everyone, every moment of the year, gets enough access to enough gas. I’m not blaming countries that are doing [bilateral deals] for the moment – that’s perfectly normal behavior. But there is a better way of doing it – as a group. ”

The commission has urged capitals to cut their reliance on Russian gas by two-thirds this year and EU member states are expected to debate how to confront huge rises in energy prices at an EU summit on Thursday and Friday.

De Croo compared the situation to the early months of the Covid crisis, when some member states contacted vaccine manufacturers to negotiate their own supply deals. “Then the commission intervened, and said we will do it for everyone, we will have a solidarity mechanism,” he recalled.

He said that as well as using combined purchases the EU needed to have a “stick behind the door” – in other words, the threat of a price cap for gas. Fixing the gas markets would mean that this would probably not need to be imposed, he added.

De Croo’s proposal for a price cap refers only to gas markets. Some southern nations led by Spain have advocated intervention in the EU energy market to break the link between high gas costs and electricity prices.

“Our citizens and businesses are being ruined” by soaring prices, De Croo said, and costly government payments to support households were not resolving the problem. “We’re just working on the symptoms, while we should be working on the core problem itself.” 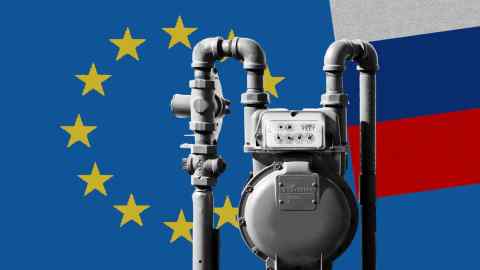 De Croo said lower gas prices would cut revenues flowing to Russia for its “atrocious war”. But he added that imposing sanctions on Russian energy exports would deliver a big shock to EU economies.

“We are not going to fight a war on ourselves – that is not the goal. That is why it is so important to get the prices under control, ”he said.

De Croo’s proposals chime with elements of an options paper from the commission, which is set to be forward on Wednesday.

According to a draft seen by the FT, the commission will advocate joint gas purchasing as a means to ensure more stable prices. “The EU is stronger when acting together. The EU should act jointly to harness its market power through negotiated partnerships with suppliers, ”the paper reads.

But the commission warns that a price cap could induce suppliers to shun Europe and sell to different markets where they get a better price.

“A lower price would promote more gas consumption and therefore increased demand in Europe. In combination, these factors could lead to additional tightness on the gas market and pose risks to security of gas supply, ”the paper says.