The Federal Reserve has unanimously adopted new rules that severely restrict the trading activity of its top officials and senior staff, in an effort to move past one of the worst reputational crises in recent history.

First announced in October, the rules bar Fed leadership from buying individual shares and other investments and limit transactions to “purchasing diversified investment vehicles, like mutual funds”. On Friday, the US central bank said that trading in cryptocurrencies, foreign exchange and commodities would also be banned, along with short selling securities.

The measures seek to stamp out a scandal that first erupted in September when two regional bank presidents were found to have been active participants in financial markets while the central bank was intervening aggressively to mitigate damage from the coronavirus pandemic. Those regional presidents later resigned.

The controversy reignited in January, when Richard Clarida, then Fed vice-chair, came under renewed scrutiny for trades he made at the onset of the pandemic. He resigned after amended disclosures came to light showing he had been more active in financial markets in 2020 than he initially divulged.

In a statement released on Friday, the Fed said the rules “aim to support public confidence in the impartiality and integrity of the committee’s work by guarding against even the appearance of any conflict of interest.”

The rules will take effect on May 1. Officials will have 12 months from that point to dispose of prohibited holdings.

Eligible policymakers will also have to provide 45 days’ notice for purchases or sales of securities, obtain approval for those transactions and hold any investments for at least a year. 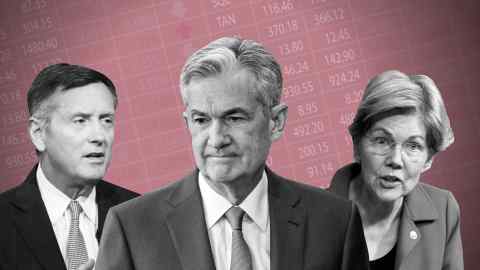 Fed officials are banned from engaging in financial transactions during periods of acute market stress, a process now similar to the blackout trading that already exists in the days around the Federal Open Market Committee’s policy-setting meetings. That blackout period was extended by one day following regularly scheduled meetings.

Branch presidents will also be required to publicly disclose all transitions within 30 days of execution, in line with current parameters for members of the Fed’s board and its senior staff. Those disclosures will be “promptly” posted on their respective websites.

The rules will apply to first vice-presidents and research directors at regional banks, the most senior mangers of the Fed’s portfolio of securities, FOMC staff officers and directors who regularly attend committee meetings, as well as those individuals’ spouses and minors.