Conservative MP Friedrich Merz was elected leader of the Christian Democratic Union in Germany, promising a “new beginning” for a party that is still rocking its defeat in the Bundestag elections last September.

Merz was elected with 94.62% of the vote at the HDZ party conference after promising to form a “strong opposition” to Social Democrat Chancellor Olaf Scholz and his SDP-Green-Liberal coalition.

His victory was predetermined after he solidly defeated two other candidates to win a poll of HDZ members in December. He has long enjoyed immense popularity among the CDU, although the party’s top leadership has always been suspicious of his stable brand of conservative politics.

Merz’s election marks the end of a long period of introspection for a party accustomed to being in opposition for the first time in 16 years and only the third time in its history. It garnered only 24.1% in the September election, compared to 25.7% in the PSD.

Speaking to delegates before the vote, Merz launched a widespread attack on Scholz, accusing him of lack of leadership. He said he had called for mandatory vaccinations, but had not yet presented a government bill on the issue in the Bundestag: that he was silent on inflation, which was at its highest level in 30 years; and that he has not yet traveled to Washington and Moscow, despite the crisis on the Russian-Ukrainian border.

“All your predecessors. . . they would show leadership in a situation like this, “he said. “They would be in daily contact with their partners.”

Merz rose to prominence in the 1990s when his reputation as a liberal reformer with a flair for public speaking marked him as a rising star in the CDU. He became the leader of the Christian Democrat parliamentary group in 2000, but lost his job in the power struggle with Angela Merkel and left the Bundestag in 2009 to pursue a career in business. From 2016 to 2020, he was chairman of BlackRock Germany, a job that made him a multimillionaire.

Saturday’s election was the third lucky one for Merz. His last two nominations for the CDU’s leadership ended in a narrow defeat, first by Annegret Kramp-Karenbauer in 2018 and then by Armin Laschet, the former prime minister of North Rhine-Westphalia last January. Both were considered moderate, committed to Merkel’s centrist, pragmatic course, while Merz was a conservative who often complained that the CDU had deviated too far to the left from his old rival.

In a speech Saturday, Merz said he would seek to improve the morale of his obsessed party, saying its electoral defeat contained a “new beginning, a new chance”. He said his three tasks as leader would be to form a strong opposition, win the four critical regional elections to be held in Germany this year, and draw up a new party agenda. 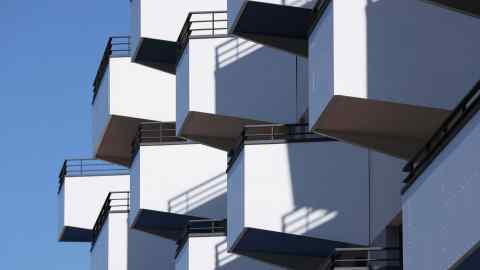 In his speech, Merz set out a firmly conservative agenda, saying the CDU would “protect the family” and “stand up for the Bundeswehr and our European and international obligations” and oppose the creation of a “strong European federal state”.

He said the party’s job was not to “run after the spirit of the times” and identified one of its key priorities as reforming Germany’s social system.

While acknowledging the need to combat climate change, he sought to highlight his differences with Scholz’s coalition “traffic light” on the issue and especially on the role of the state in mitigating global warming.

Climate policy “cannot be implemented through public finances, high taxes and levies alone,” he said. It can only work if we do business with us.

“We know that the economy is not everything, but without a successful, competitive economy we will not be able to green our country or maintain our welfare system in the long run,” he said.