H2O Asset Management has defended an outsized bet on the Russian ruble that has left its investors with substantial losses, telling them it does not expect Vladimir Putin’s invasion of Ukraine to develop into a lengthy conflict.

The wager on the ruble marks out H2O, a former star of the European asset management industry that has lurched from crisis to crisis in recent years, from many investors who have cut their exposure to Russia since Putin sent troops into Ukraine two weeks ago.

Its flagship Multibonds is now down 40 per cent from the middle of February, having lost 9.5 per cent in a single day on Monday, as the ruble continued to slide against the dollar.

ln a video address to investors on Tuesday, H2O’s chief investment officer Vincent Chailley said the firm had no plans to exit its bet because it expects the currency to rebound, according to people who watched the film.

Chailley said that H2O’s “central scenario” is a negotiation [between Russia and Ukraine] that will start in the coming weeks ”. “Putin knows and said very consistently what he wants to achieve,” he added, before explaining that H2O would adjust the portfolio if there was a further “escalation” in the conflict.

Multibonds had exposure to the Russian ruble through derivatives that were equivalent to over 48 per cent of its € 1.9bn in assets on January 31, just weeks before Russian tanks crossed the border into Ukraine.

The group’s determination to stick with its ruble bet comes as an invasion entered on the 14th day, marked by the bombing of Ukrainian cities. Bill Burns, the CIA director, told Congress on Tuesday that Putin would probably “double down” on his push into Ukraine.

In a letter to investors last week, H2O said that while it had reduced its exposure to Russian debt, it was maintaining its ruble position, as the currency market will “carry on operating” and selling it would be a “gift” to buyers including “The Russian government”.

H2O posted an amended version of the letter to its website on Monday, tweaking the language to remove the word “gift” from the explanation of why it was not planning to dump its foreign exchange bet.

H2O’s chief executive Bruno Crastes has previously expressed disdain for the regulatory limits placed on fund managers, once telling a crowd of fellow investment professionals that their industry had become “corrupted by all this regulation and all this risk management”.

“There is a very simple rule in investment: if you are not able to get poor, you will never get richer,” he said at an awards ceremony in 2018. “When you don’t want to lose, you will never make money. . ” 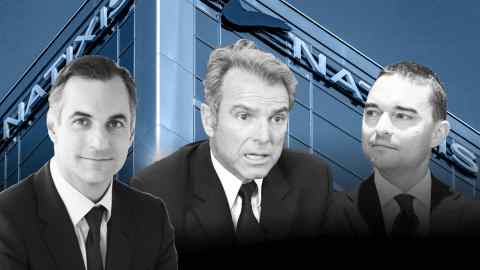 Despite suffering massive outflows in the wake of repeated scandals, H2O still managed close to € 14bn of investors’ money at the end of January.

While its funds are open to retail investors, it is known for taking leveraged bets on currency and bond markets more typically associated with hedge funds. The gross value of Multibonds’ foreign exchange positions exceeded 550 per cent of its assets at the end of January.

The scale of the losses on its Russia bet are now beginning to approach those H2O experienced as the Covid crisis shook the global economy in March 2020. The Multibonds fund lost more than half of its value that month, leading H2O to explain to its investors that “No model could forecast and manage such repetitive shocks”.

Multiple financial regulators have launched investigations into H2O, after the Financial Times revealed that its funds held more than € 1bn of bonds linked to controversial financier Lars Windhorst.

Investors in several H2O funds have had a large chunk of their money frozen for the past 18 months, after France’s financial regulator raised concerns about the firm’s hard-to-sell Windhorst-linked investments. The flamboyant German entrepreneur is still yet to fully repay H2O and the company recently wrote down the value of investors’ trapped bonds substantially.