The request, if honored, would also scupper the planned sale of the property for $ 375mn to a Miami investment group, a transaction that would bring an expected $ 100mn profit to the former president’s company.

That transaction is currently in a 45-day review by the General Services Administration, the federal agency that leased the property, known as the Old Post Office Building, to the Trump Organization in 2013 for redevelopment as a five-star hotel.

The move by the House of Representatives oversight committee comes amid mounting scrutiny of the former president’s finances. The New York attorney-general last month said she had found “significant evidence” of fraud committed by his real estate company for overvaluing various assets – from office towers to a penthouse apartment – in an unaudited statement of financial health he provided to lenders, business partners and the media. 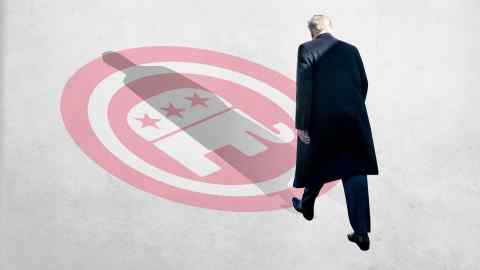 Citing those revelations, the former president’s longtime accountant, Mazars, this week retracted a decade of such reports, saying they could no longer be relied upon, and severed ties with Trump’s company.

Carolyn Maloney, the Democratic chair of the House oversight committee, and her Democratic colleague, Gerald Connolly, have previously accused the company of lying about the Trump International Hotel’s finances, and of receiving preferential treatment from Deutsche Bank, which provided a $ 170mn construction loan , after Trump became president. Both parties have denied this.

Although the three years of Trump’s financial statements provided the GSA in order to win the lease preceded those withdrawn by Mazars, Maloney and Connolly write in the new letter that those statements also “contain potential misrepresentations.”

The two Democrats also raised concerns about a condition in the 2014 loan agreement with Deutsche Bank, in which the lender was allowed to review the first two pages of Trump’s tax returns only at his office, and could not make copies.

“Given the longstanding ethical issues and concerning new developments surrounding former President Trump’s lease of the Old Post Office Building, we call on the GSA to consider terminating the lease by exercising its authority under Article 27 of the lease,” they wrote. “No one should be rewarded for providing false or misleading information to the federal government or for seeking to profit off the presidency.”

In a statement, the GSA said it “has taken, and will continue to take, steps to ensure that the tenant is in compliance with the terms and conditions of the lease.” It also said it was committed to a “thorough and appropriate review process” of the proposed sale.

The 263-room Trump International Hotel – just down the street from the White House on Pennsylvania Avenue – has been a magnet for controversy since Trump was elected president in 2016. Democrats and government watchdog groups have accused the former president’s family of violating the US constitution’s emoluments clause after foreign governments and their associates booked blocks of rooms there – supposedly in an effort to curry favor with the new administration.

While the Trumps repeatedly touted its success, the House committee found that it had lost more than $ 70mn during his term in office, partly as a result of the Covid pandemic.

In their letter, Maloney and Connolly said the price was at least $ 100mn above the hotel’s true market value, and expressed concern about the identities of the investors in the CGI fund involved in the deal.