Rishi Sunak has been UK chancellor for barely two years but has had to deal with a coronavirus crisis and now Russia’s invasion of Ukraine – which are fuelling a cost of living crisis at home.

The chancellor had hoped to move towards one Budget a year with a Spring Statement that merely updated economic and public finance forecasts and floated some medium-term ideas for tax changes that required formal consultation.

Even a few weeks ago that was still Sunak’s strategy for Wednesday’s statement, but the war in Ukraine has disrupted that. Instead, he will now face significantly changed economic forecasts and huge pressure to insulate UK families from the inflationary forces that the war has unleashed.

Here are five things to look out for in the Spring Statement.

The Office for Budget Responsibility has learned from its failure to use up-to-date data in the October Budget. This time it closed its forecast on March 2, taking into account financial and commodity market movements in the first week of Russia’s invasion. The figures will be an accurate attempt to describe the economic effects of the crisis.

Practically, the impact will be a much higher inflation forecast than the peak 5 per cent of the fiscal watchdog envisaged in October; a peak much closer to 10 per cent is now expected, with the exact figure dependent on gas and electricity price forecasts the OBR adopts.

This, it will say, will severely squeeze household incomes, lowering real growth significantly from the 6.5 per cent for 2022 it expected in October to closer to 4 per cent. Part of this change reflects a stronger economic performance last year, leaving less room for recovery, but it also reflects the financial pain households will suffer.

The fiscal watchdog will say, however, that wage growth will be stronger and unemployment has been better than expected, so the cash size of the economy – including domestic inflation and growth – will be revised higher.

Officials strongly suggest the forecast for government borrowing will be improved, despite low growth and high inflation.

When the cash size of the economy is larger, tax revenues increase and this has been the story so far in the 2021-22 financial year. Buoyant government receipts have so far outweighed higher servicing costs of government debt.

Sunak’s borrowing rule is to balance the current budget – excluding net investment – within three years, and the chancellor met this with £ 25bn to spare in his October Budget. This week’s forecast is likely to be significantly healthier. Goldman Sachs estimates he will have between £ 20bn and £ 50bn additional headroom against this test, leaving the chancellor in a position to mitigate the cost of living crisis.

With the public finances appearing stronger, the chancellor will struggle not to offer further help with the rising cost of living on top of February’s package of £ 150 rebates in council tax for some households and £ 200 loans to lower energy bills this winter for all households .

Sunak says he will “stand by people” in the same way as he did during the pandemic, and even though the Treasury has resisted suggestions that it will do more on Wednesday, it regularly exceeded the expectations it tried to set in such statements during the Covid crisis and earlier this year.

The chancellor is therefore expected to follow Italy, France and Germany in lowering taxes on road fuels to bring down prices at the pumps a little, perhaps by 5p a liter.

He is under enormous pressure to recognize that inflation is much higher than when the benefit uprating was announced last autumn. To address this, he could bring forward rises in pensions and state benefits to next month rather than waiting to do it in April 2023.

In contrast to likely temporary support, Sunak is resisting pressure to cancel his planned national insurance increase in April, arguing that this is designed to pay for long-term improvements in health and social care. Sunak wants to be a tax-cutting chancellor and might make a downpayment on this by reducing income tax in the spring statement, perhaps by increasing tax allowances or the threshold where people start paying national insurance.

Unlike state benefits, which are managed every year to take account of inflation, the Treasury sets public spending plans for government departments in cash terms for three years at a time. The most recent spending review, last October, set the budgets for 2022-23 to 2024-25.

The Institute for Fiscal Studies think-tank has estimated that higher than expected inflation has already wiped out a quarter of the real increases in public spending Sunak planned in October, and the chancellor would need to spend £ 10bn a year to protect public sector workers from a tight pay squeeze.

Sunak is extremely reluctant to reopen these plans just six months after making them and is expected to leave almost all government departments dangling, having to finance higher costs with improved performance.

The defense budget looks likely to be boosted a little to reflect the aid given to Ukraine and the additional costs of deploying troops to bolster the security of eastern European NATO countries.

Delivering the Mais lecture last month, Sunak prioritized measures that he said would boost the long-run growth of the economy. With public investment spending already high, he highlighted his desire to change the tax system to provide greater incentives for private companies to invest and grow. 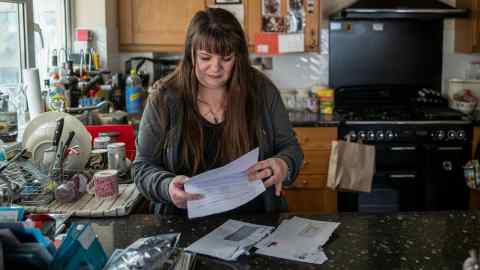 A near certainty in the Spring Statement is that the chancellor will outline options and consultations to further these ambitions. He is set to suggest the UK move more permanently to a continental European form of corporation tax with higher rates but greater investment allowances. The chancellor is also expected to highlight waste in research and development tax credits, especially for smaller companies, which he wants to streamline.

The one sting in the tail for companies, especially those in the North Sea, doing well as global oil and gas prices rise, is that he may seek to change the tax regime on their profits again. This was last changed in 2016 when oil prices were expected to be persistently low and the chancellor will be tempted to raise revenue from this sector, which has gained as a result of the Ukraine war.