A Japanese technology start-up is banking on being able to deliver physical pain to people in the metaverse, one of a growing number of companies vying to profit by providing real-life human experiences in virtual worlds.

H2L, a Sony-backed company founded a decade ago, has built a product that features an armband to detect the flexing of human muscles, enabling the user’s avatar in the metaverse to copy the body’s movements and people to actually feel the presence and weight of objects. The technology uses electrical stimulation to manipulate the arm muscles and mimic sensations, such as catching a ball or a bird pecking at the skin.

“Feeling pain enables us to turn the metaverse world into a real one [world]with increased feelings of presence and immersion, ”said Emi Tamaki, chief executive and co-founder of the Tokyo-based company.

Tamaki is a researcher in haptic technologies, which relate to the sense of touch. Her goal is to “release humans from any sort of constraint in terms of space, body and time” by 2029, when – with advances in networks and electronic devices – she expects H2L’s products to have myriad applications.

Tamaki’s decade-old company belongs to a growing segment of Japanese companies and investors tapping into the blurring boundary between the real world and the metaverse, as big tech groups invest heavily in the sector. Facebook rebranded as Meta last October, as the social media group looks to focus on building virtual worlds. The top 10 virtual reality start-ups in Japan have raised $ 60mn combined, according to data provider Tracxn.

Meta announced in November that it was developing a haptic vibrating glove and Spanish start-up OWO has developed a jacket equipped with sensors to allow users to feel sensations ranging from hugs to gunshots. 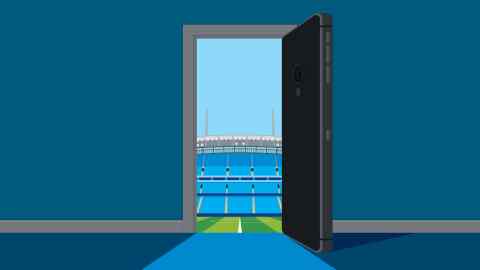 H2L is estimated to have raised ¥ 1bn ($ 8.4mn) and is valued at about ¥ 5bn and hopes to launch an initial public offering worth up to ¥ 20bn within the next five years, according to people with knowledge of the company’s plans.

Tamaki started working in haptics after she had a near-death experience in her late teens linked to congenital heart disease. She came up with the idea to create a technology that would allow physical experience to be linked with computers when she was in hospital and co-founded the company after acquiring her PhD in engineering from the University of Tokyo.

“I realized life was precious so I decided to work on a new field that I really wanted to dig into, as there was no one doing research at the time,” she said.

Tamaki said the technology could be used for games but people may also use it to feel virtual world events in real life. For example, the technology could convey the feeling of participating in an activity from a user’s childhood, such as throwing a ball with a parent, by replicating the senses associated with tossing and catching a ball while the activity plays out in the virtual world.

“People like me, who can’t go out often because I don’t have enough muscle due to heart disease, can travel anywhere, anytime,” she said.

Your crucial guide to the billions being made and lost in the world of Asia Tech. A curated menu of exclusive news, crisp analysis, smart data and the latest tech buzz from the FT and Nikkei