John Lewis is to scrap its “never knowingly undersold” price promise this year in favor of a more proactive approach to pricing led by new lower-cost product ranges.

The employee-owned department store chain said the pledge, which dates back almost a century and has been under review for some time, “is no longer enough to assure trust because it applies to fewer and fewer sales”.

The partnership said it would set aside £ 500mn this financial year for reducing prices and offering promotions, a quarter more than last year. Executive director Pippa Wicks said this “means all our customers can trust they’re getting the quality, style and service they expect from John Lewis at great value prices”.

The price pledge started out in 1925 as a guide for product buyers, allowing them to check local shops if customers said they could buy more cheaply elsewhere. In its current form, it applies to comparable branded products sold by national retailers both online and in stores.

It does not apply to online-only retailers, which account for up to half of sales in categories such as electricals, or to own-label products. It has also been bettered by some rivals – Currys, for instance, offers a price guarantee that applies to store-based and online rivals.

Although fewer than 1 per cent of John Lewis customers made price match requests in 2021, maintaining the pledge has been expensive in recent years as distressed rivals such as Debenhams and House of Fraser resorted to frequent bouts of heavy discounting on branded fashion and beauty products. 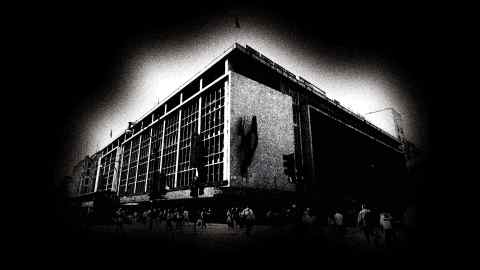 Bryan Roberts, founder of consultancy Shopfloor Insights, agreed that the price promise had “lost a lot of its resonance” in recent years as sales moved online.

The partnership is now seeking to adopt a more proactive pricing strategy featuring a supermarket-style hierarchy. Its Anyday entry-level range is a key element of this and has notched up £ 125mn of sales since it was launched last spring.

Roberts said the changes were “tidying up around the edges” but that the group had more fundamental challenges as it emerged from the Covid-19 pandemic. “There have been significant improvements in some areas such as fashion, but they need to take a long, hard look at some of the basics: merchandising, availability and display,” he said, adding that in-store standards were falling behind a resurgent Marks and Spencer.

Over the past two years, the partnership has permanently closed almost a third of its stores, saying they were unlikely to return to profit in an era where more people were shopping online. It has also cut thousands of jobs, axed bonuses to its partners and closed its generous pension scheme.

However, an internal memo leaked to the Mail on Sunday recently suggested that its financial performance had improved and that in the medium term it aimed to generate more revenue from financial services and real estate.

Waitrose, the partnership’s upmarket supermarket chain, has also made changes to its pricing and promotions recently. Free coffee for loyalty card holders was stopped during the pandemic and has not been reappeared, while this week the store stopped offering free newspapers to cardholders spending £ 10 or more.