Milk prices are soaring on the expectation that an already tight market will be hit by further disruption to fertilizer and feed supplies and inflationary pressures following the invasion of Ukraine.

Bad weather in New Zealand, the US and Australia had already combined with rocketing gas prices and pandemic-related supply chain disruptions to put pressure on milk producers in the five biggest exporters before the war.

Combined milk production in New Zealand – known as the “Saudi Arabia of milk” because it controls 35 per cent of global exports – the EU, Australia, the US and Argentina fell 1.7 per cent in January compared to the previous year, down according to commodity broker StoneX.

Milk output for the five producers fell year on year, with New Zealand and Australia posting declines of more than 6 per cent.

Following the start of the war on February 24, prices of crucial products have risen further. Anhydrous milk fat, a core dairy product, hit a record of $ 7,111 per tonne on March 15, according to the Global Dairy Trade index, which monitors New Zealand dairy prices. Whole milk powder, the most actively traded product, hit an eight-year high this month.

New Zealand company Fonterra, the world’s largest dairy exporter, said last week it was paying farmers 30 per cent more for milk than it did a year ago and predicted the price would rise further.

Michael Harvey, an analyst at Rabobank, said that although dairy processors and food companies were bearing the brunt of costs, consumers were likely to face price increases.

Harvey added that Russia’s invasion of Ukraine would add to milk production costs, as both countries are leading exporters of nitrogen-based fertilizers and wheat, an important feed for cattle along with corn and soy. 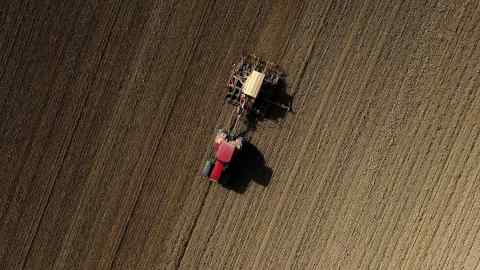 New Zealand and the EU account for about 70 per cent of milk exports, followed by the US, Australia, Brazil and Argentina.

Craig Hough, director of policy and strategy at Australian Dairy Farmers, a trade body, said the rising cost of feed was a “big problem” for dairy farmers because it accounts for 70-80 per cent of costs.

Hough added that Australian dairy farmers imported most of their fertilizer from China. But the gas supply crunch following the Ukraine war and pandemic restrictions in China as the country faces a growing Covid outbreak, meant it was “hard to get fertilized, and it’s bloody expensive”.