The US drug company announced the U-turn on patent enforcement on Tuesday along with up to $ 1bn funding for new initiatives aimed at better preparing the world for future pandemics and major public health risks.

“We are committed to defeating the pandemic across the globe, and we are fulfilling that through our pledge not to enforce our Covid-19-related patents in low- and middle-income countries,” it said.

The announcement came as public health leaders were set to gather at a global pandemic preparedness summit in London on Tuesday, hoping to raise billions of dollars and lay the groundwork for an ambitious plan to create vaccines to prevent new diseases within 100 days of an outbreak.

Moderna also announced it was collaborating with external researchers to provide them with access to the company’s messenger RNA platform to develop new vaccines and medicines.

Stéphane Bancel, Moderna chief executive, said scientists from anywhere in the world would be able to log on and design their own vaccine. “They will literally place an order and this information will go through our factory,” he said, adding that the new vaccines would be shipped to external researchers “within a few weeks.”

Modern and the scientists would jointly own the intellectual property behind the shot. Moderna said it would fund studies into a jab developed under these circumstances if the vaccine targets one of 15 pathogens identified as the biggest risk by the Coalition for Epidemic Preparedness Innovations (CEPI), and there is no other funding for clinical trials.

The company is also creating its own vaccines to target this list of pathogens, with a commitment to advance them into clinical trials by 2025. Bancel said these diseases had been neglected by large pharmaceutical companies.

Modern had already agreed not to enforce its Covid-19 vaccine patents during the pandemic but still held the right to do so in the future once the virus had become endemic. Its new pledge covers all vaccines which are made solely for use in low- and middle-income nations.

Nancy Jecker, a professor at the University of Washington School of Medicine in Seattle, said Moderna’s announcement on patent enforcement sets a bar of “minimal decency” that every drug company should meet.

“No company dealing in life-saving Covid-19 vaccines should enforce its patents in low- and middle-income countries,” she said, noting that the pandemic had provided a wake-up call that Africa – a continent of 1.3bn people – imports 99 per cent of its vaccines. 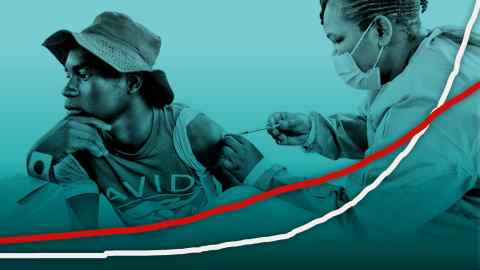 Public health officials have repeatedly warned of significant inequalities in access to vaccines. Only 13 per cent of Africans have received two or more Covid-19 vaccine jabs, according to the World Health Organization.

Moderna previously refused a request for help from the project led by South African biotech company Afrigen Biologics & Vaccines and in November told the Financial Times it could enforce its patents – three of which are filed in South Africa – when the pandemic ended.

In a statement, Moderna said that as part of its pledge, it will not enforce its patents for Covid vaccines against Afrigen.

Bancel said the company was investing $ 500mn in a new plant in Kenya, which would manufacture medicines based on the same mRNA technology that Modern used to develop its Covid-19 vaccine.

John Nkengasong, director of the Africa Centers for Disease Control and Prevention, said the new plant would help Africa reach its goal of producing at least 60 per cent of vaccines on the continent by 2040.