Russia continues to increase the number of troops it has massed on the Ukrainian border, NATO’s secretary-general warned on Wednesday, even as Moscow insisted it was withdrawing forces.

Jens Stoltenberg said the Western security alliance was “prepared for the worst” as tension persisted over Ukraine, despite continuing diplomatic efforts to avert conflict and after Russian President Vladimir Putin announced a partial troop withdrawal on Tuesday.

“We have not seen any de-escalation,” Stoltenberg said on arriving at a two-day summit of NATO defense ministers in Brussels. “We see they have increased the number of troops and more troops are on their way. . We are prepared for the worst. ”

However, Kremlin spokesman Dmitry Peskov said Russia was withdrawing some of its forces. He said Nato had “a handicap” that prevented it from “soberly assessing the situation”.

Russia’s defense ministry published footage on Wednesday of what it said were tanks, armored personnel carriers and mobile artillery leaving the Crimean peninsula – which Russia annexed from Ukraine in 2014 – and returning to their bases.

Asked about the Russian footage, Stoltenberg said Russia had often moved troops around but its overall strength in the region was growing, with more than 100,000 personnel still close to the Ukrainian border.

He said there was room for “cautious optimism” after comments from Moscow on Tuesday that there was still time for diplomacy to work.

“We are ready for diplomatic talks,” Stoltenberg said, although Moscow had not responded to a letter outlining what the alliance could discuss.

Asked about German chancellor Olaf Scholz’s remarks on Tuesday that Ukraine would not join NATO for many years, Stoltenberg said every country had a right to choose for themselves.

US President Joe Biden said on Tuesday evening that Russia had concentrated 150,000 troops on its border with Ukraine and in neighboring Belarus for exercises that are set to end later this week.

Vladimir Makei, the Belarusian foreign minister, said on Wednesday that “not a single Russian serviceman and not a single piece of Russian military hardware will remain” after the exercises.

Stoltenberg said Russia had moved troops back to base before but left the heavy artillery and other equipment in place. “They can very quickly send personnel back again and they have all the capabilities in place. We need to see a real withdrawal of forces. ”

Nato is deploying more troops and aircraft to members bordering Russia, Ukraine and Belarus, with 8,500 US troops also on high alert. 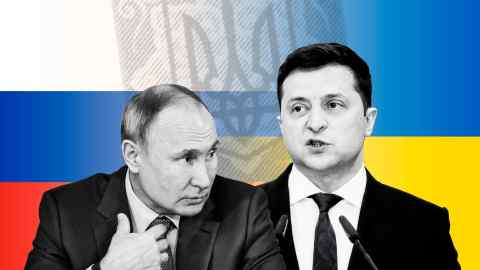 Lloyd Austin, the US defense secretary, said the country would come to the defense of any member attacked by Russia. The US had a “rock solid” commitment to collective security, he said.

Stoltenberg said ministers would discuss how to combat increasing cyber attacks on Ukraine and the Baltic states. Ukraine and Georgia, which are partners of the alliance but not members, will meet NATO ministers on Thursday morning.

“There is a strong military presence at the border of Ukraine but we also see a message from Moscow that they will give diplomacy a chance. We are ready to meet them to talk and find a diplomatic solution but we are prepared for the worst, ”Stoltenberg said.

“Russia retains the capability of a full-fledged invasion of Ukraine without any warning.”