The UK and EU are preparing to hit new Russian gas projects with sanctions if the Kremlin orders an attack on Ukraine, the first time Europe has weighed targeting a sector it relies on for 40 per cent of its gas imports.

The plans, being drawn up with US support, would severely curtail financing and technology transfer for new gas projects, according to people briefed on the discussions.

The sanctions being considered reflect concern over a potential Russian invasion of Ukraine following Moscow’s deployment of more than 100,000 troops near the border with its neighbor. The measures would form part of a wider package of potential economic measures, with the severity to be adjusted depending on the scale of any Russian offensive, people close to the discussions said.

While US and European officials have stressed that “all options are on the table” regarding sanctions, some countries such as Germany have urged greater caution as Europe contends with a winter gas supply crisis.

However, German Foreign Minister Annalena Baerbock told the Bundestag on Thursday that the Nord Stream 2 pipeline, which would supply natural gas from Russia to Germany, was included in the sanctions package being discussed with allies.

Co-operation between the UK and EU on Russia sanctions is a sign of willingness to collaborate on foreign and defense policy despite big tensions on post-Brexit issues, such as trading arrangements for Northern Ireland.

While Russia only accounts for a small proportion of the UK’s gas imports, the country’s supplies have a large impact on overall European prices, affecting UK consumers.

Targeting new Russian gas developments is seen as a way of striking at the country’s main industry while potentially avoiding some of the short-term pain that would be felt in western countries if energy flows were immediately disrupted.

“Europe looking to hit long-term Russian gas production capacity would likely be a step up from anything we’ve seen before,” said James Waddell at Energy Aspects. “It would hurt Russia by going after a sector they really care about, but it wouldn’t be cutting off your nose to spite your face in the way trying to restrict exports would be in the short term.” 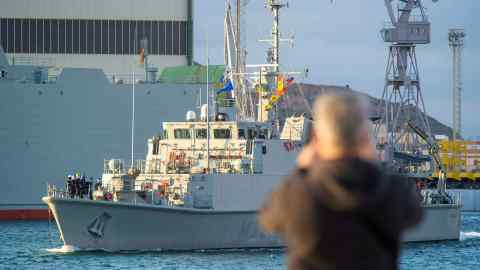 US and European officials have declined to publish a list of potential sanctions. Measures targeting Russia’s financial sector and the ability of Russian banks to deal in dollars are also under discussion.

Europe’s willingness to target Russia’s vast hydrocarbons industry could affect European companies including BP, Total and Shell which invest in the Russian gas sector. Russia is one of the world’s largest producers of oil and gas, but its energy sector relies on joint ventures with foreign companies as well as international technology and expertise.

The country has plans to grow its gas industry, including expanding liquefied natural gas (LNG) developments in the far northern Yamal peninsula, where France’s Total is one of the largest investors alongside Novatek and Chinese backers. The French company has dubbed the development “the gas that came in from the cold”.

The launch of the first Yamal cargoes in 2017 was hailed by Russian President Vladimir Putin as evidence of the country’s ability to overcome US sanctions.

BP owns almost a fifth of Russia’s national oil champion Rosneft, which has been increasing its gas output in recent years and has ambitions to break state-backed Gazprom’s monopoly over gas exports.

Last year Shell signed a five-year “strategic co-operation” agreement with Gazprom, having already worked with the company on the development of LNG projects in Russia’s far east.

In 2014 US energy company ExxonMobil found its new investments in Russia essentially frozen after Washington took a harder line than European capitals when launching sanctions related to Russia’s activities in eastern Ukraine. 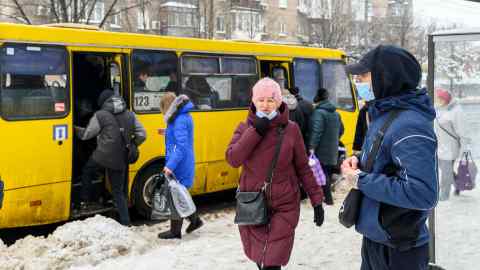 The sanctions torpedoed one of the main expansion plans of ExxonMobil’s then chief executive Rex Tillerson, although the company’s established energy ventures in Russia were able to continue.

The Ukraine crisis comes as average European gas prices have reached a record high in recent months. Russia and Gazprom have been blamed by some European politicians for stoking the gas crisis by restricting exports to long-term contracts while draining Gazprom-controlled storage facilities in Europe.

Russia has pointed to its fulfillment of long-term contracts and said approval of the controversial Nord Stream 2 pipeline – which bypasses Ukraine to run directly to Germany through the Baltic Sea – could see more gas flow to Europe.

The US state department said on Wednesday that Nord Stream 2 would “not move forward” if Russia invaded Ukraine.

The International Energy Agency said this month it believed Russia could be supplying much more gas to Europe, accusing Moscow of throttling gas supplies at a time of “heightened geopolitical tensions”.