Oil shot to its highest level in more than nine years and wheat prices climbed above $ 11 a bushel for the first time since 2008, amid indications that Russian forces had seized the city of Kherson in southern Ukraine.

Global oil prices have surged despite western governments largely sparing the Russian energy sector from sanctions imposed following its invasion of Ukraine. Boycotts of Russian suppliers have also hit natural gas, with European prices on Wednesday settling more than 40 per cent higher at € 173 a megawatt hour.

“The market’s ability to access crude from the region because of sanctions or a risk of outright supply losses look set to persist for a prolonged period, given the realities on the ground,” said Louise Dickson, senior oil market analyst at Rystad Energy.

Wheat futures traded in Chicago also rose, gaining as much as 13 per cent to $ 11.32 a bushel, as the conflict has severely disrupted shipments from Ukraine and Russia. The two countries account for almost a third of global exports.

Russian forces continued to bombard cities in Ukraine on Thursday as media reports suggested troops had entered the city hall of Kherson, potentially marking the first provincial capital to fall during the invasion.

But equity markets in Asia rose after Jay Powell, the US Federal Reserve chair, indicated the US central bank would raise interest rates this month despite the economic and market tumult surrounding the invasion. Japan’s benchmark Topix was 1.1 per cent higher while Hong Kong’s Hang Seng index climbed 0.5 per cent. 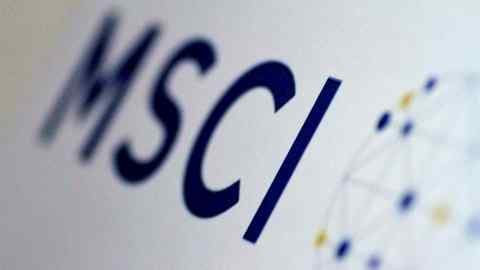 Those gains followed a rally on Wall Street on Wednesday in response to Powell’s comments to US legislators that the Fed was prepared to push ahead with rate increases, although he added that “we will proceed carefully as we learn more about the implications of the Ukraine war for the economy ”. The S&P 500 closed nearly 2 per cent higher while the Nasdaq Composite rose 1.6 per cent.

“The Fed wants to start tightening policy to curb inflation but doesn’t want to unsettle investors shocked by Russia’s war,” said Mansoor Mohi-uddin, chief economist at the Bank of Singapore, adding that Powell’s comments were in line with expectations for five rates rises from the US central bank this year.