A Labor-controlled council in north-west England, which has come under fire for its strategy to generate income, has strongly defended its record and insisted it is on course to deliver a balanced budget this year.

Cathy Mitchell, deputy leader of the Warrington Borough Council in Cheshire, said the local authority’s portfolio of investments and loans would deliver a net return of more than £ 20mn this financial year, without which public services would be decimated. “We are ready to deliver a balanced budget,” she added.

Warrington is one of many local authorities in England that have made investments to boost their incomes and offset cuts in central government grants that followed the financial crisis. But several councils have run into severe financial difficulties as a result.

Warrington started lending in a small way in 2013 by bankrolling social housing landlords in the town, which has a population of 212,000 and is located midway between Liverpool and Manchester.

But the council’s portfolio of loans and investments has since expanded to finance the transformation of the town center, develop outlying business parks and create neighborhood hubs with health centers and libraries.

Along the way, Warrington has become one of the most highly leveraged local authorities in England, with £ 1.6bn in borrowings compared with financial reserves of £ 135mn.

The income generation strategy has come under scrutiny since Together Energy, a Scottish energy company in which Warrington was a big shareholder, went bust last month.

In 2019 Warrington spent £ 18mn on a 50 per cent stake in Together. But it has a total financial exposure to the company of £ 52mn after arranging a revolving credit facility worth £ 20mn, and providing a £ 14mn guarantee to Orsted, a wholesale energy supplier to Together.

Together ceased trading amid surging wholesale gas prices that have culminated in the collapse of close to 30 UK energy suppliers.

Another of Warrington’s assets, a 33 per cent stake in the challenger bank Redwood Bank, set up to support small and medium sized companies, was valued last month at half of the £ 32mn that the council originally invested in 2017.

Warrington attracted further attention last year by providing a £ 151mn loan to a company indirectly controlled by Matt Molding, founder of Manchester-based THG. The ecommerce group’s share price has plunged during the past year amid investor concern over THG’s strategy and governance.

“People want our heads on a stick because they think we’ve been gambling,” said Steve Broomhead, chief executive of the Warrington council, who outlined various steps the council has taken to mitigate risk.

These include the creation of a £ 30mn strategic reserve to which 15 per cent of rents due to the council are paid, weekly monitoring of portfolio performance, and security backing for loans. “We’ve been very prudent about managing risk for a bad day,” Broomhead said.

He added that the loan to the company indirectly controlled by Molding “had led to the creation of hundreds of local jobs”, saying the THG chief executive had recently paid back “northwards of £ 50m”.

The council, meanwhile, does not expect to lose anywhere near its £ 52mn exposure to Together following administration proceedings. Broomhead declined to comment on the proceedings.

Mitchell said Warrington’s stake in Together and Redwood represented a fraction of the portfolio, which includes investments in commercial and industrial property, and solar farms. Overall, this has helped safeguard frontline services including care for vulnerable adults and children who might otherwise have been slashed, she added.

The Conservatives, who became the official opposition in Warrington last May, accuse Labor of failure and have put forward a motion of no-confidence in the council leadership.

It has been rocked by the prosecution of Russ Bowden, the Labor leader and head of the council’s cabinet, for allegedly providing the wrong home address on election registration forms in 2021. He pleaded not guilty at a court hearing in Liverpool last month.

Kenneth Critchley, the Conservative group spokesperson for finance in Warrington, is calling for an independent inquiry into the council’s Joint Investment “before any new investments can be authorized by the Labor cabinet.”

“A council with £ 135mn of usable reserves and they have borrowed £ 1.6bn: in our opinion that is massively over-geared,” added Critchley.

Warrington is the sixth worst funded local authority in England, according to the council, in part because it is a victim of its own relative success. The complex formula used to distribute funding from Westminster prioritises towns with greater levels of deprivation. Meanwhile, the revenues that can be raised from council tax are low in Warrington.

Experts have been saying for years that, while slashing grants to councils, Westminster has failed to design effective means for them to raise equivalent sums locally.

“Councils have been put under enormous pressure to find ways to increase their revenues,” said Tony Travers, a professor at the London School of Economics. “It’s hard to tell from the outside but Warrington may have done relatively well.” 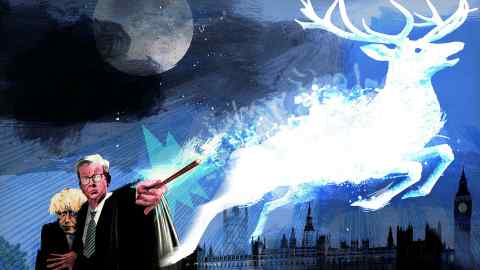 Some councils have run into deep problems: Croydon in 2020 and Northamptonshire in 2018 were forced to make stringent cuts to balance their budgets after announcing de facto bankruptcy.

Last year, the Department for Leveling up, Housing and Communities, which oversees councils, tightened rules to prevent them from borrowing in pursuit of profit.

“Councils are responsible for their own investment strategies, but these must comply with the prudential framework, which sets out codes of good practice on council finances and does not allow councils to borrow to invest for yield,” said a department spokesperson.