Tens of thousands of Ukrainians are fleeing from the war and crossing borders to the west in search of safety as Russia pounded their capital and other cities with air raids.

Cars were backed up for several kilometers at some border crossings as authorities in Poland, Slovakia, Hungary, Romania, and Moldova mobilized to receive them, offering shelter, food and legal help.

The UN refugee agency has said about 150,000 people have so far fled Ukraine into neighboring countries in the wake of the Russian invasion.

Some walked through the night while others escaped the east of the country by train, car or bus. Many were greeted by awaiting relatives and friends.

With the world revolted at Russia’s unprovoked attack on Ukraine, there was a huge outpouring of support for the fleeing Ukrainians.

The largest numbers were arriving in Poland – 115,000 – where nearly two million Ukrainians have already settled to work in recent years, driven away by Russia’s first incursion when it annexed Crimea in 2014. 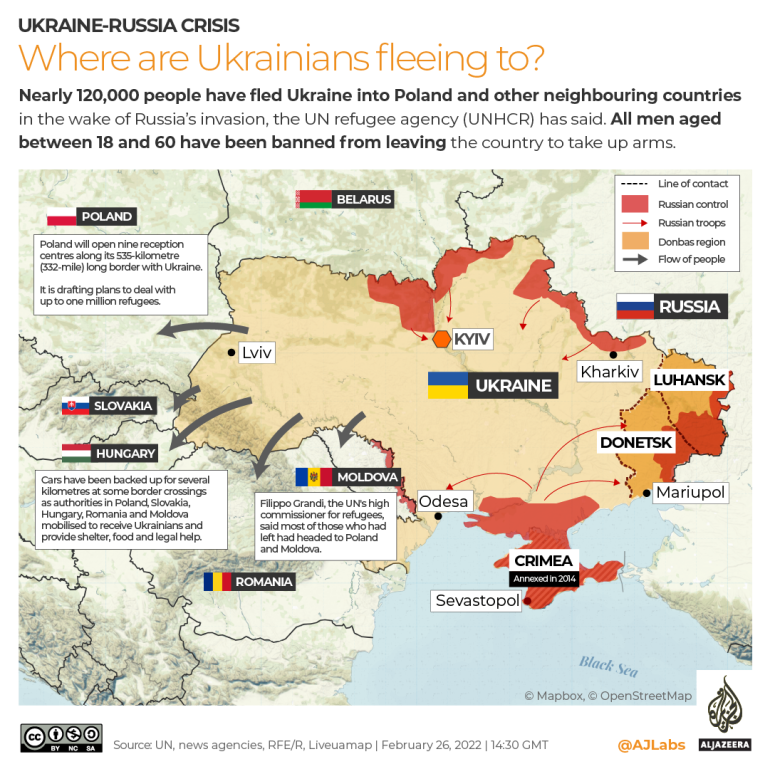