Pub groups are gearing up for a weekend of bumper sales as the UK’s remaining Covid-19 restrictions are lifted and consumers receive their long-awaited January pay packets.

Marston’s, Mitchells & Butlers and BrewDog are among the pub operators who say they are expecting one of the best weekends’ sales since the arrival in late November of the Omicron coronavirus variant, which prompted all UK nations to impose restrictions on varying levels.

“Restrictions should fully lift this week and it’s pay week. . . I’m cautiously optimistic that it will be bigger than the normal uplift on January pay weekend, “said Andrew Andrea, Marston’s chief executive.

‘Normally at the end of January there is a bit of’ Wahey, thank God we’re paid ‘ [moment], so we’re hoping for that again, ”said Phil Urban, chief executive of Mitchells & Butlers. “I think we would all be disappointed if we don’t get an uplift next weekend.”

The last weekend of January has traditionally offered a boost to pub sales after a fallow month when people tighten their belts after more extravagant spending at Christmas.

Urban said M&B would normally expect an uplift in sales of at least 3 per cent at the end of January compared to a normal Friday and Saturday. Industry tracker CGA said that pub sales in the final week of January in 2019 were 8 per cent higher than during the rest of the month.

The first payday of the year will coincide with the lifting of Covid-19 measures across the UK. Prime Minister Boris Johnson announced last week that England’s Plan B measures, which include guidance to work from home and mask-wearing on public transport, would be removed on Wednesday.

In Wales, nightclubs will be able to reopen and limit on group sizes and social distancing will be lifted for hospitality venues on Friday. 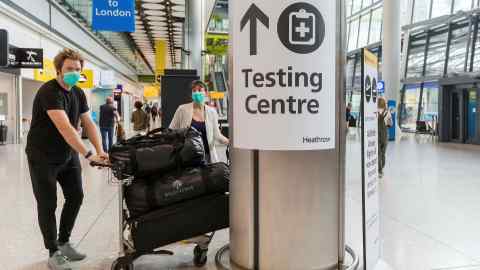 James Watt, managing director of brewer and bar chain BrewDog, said the company was expecting a particularly “big weekend” in Scotland, where remaining restrictions were dropped on Monday. Bookings were around “50 per cent more than the week prior”, he said.

Clive Watson, executive chair of City Pub Group, said he expected to build on “bumper” trading last weekend when sales at the 46-strong pub company were 30 per cent up from the previous week.

Oakman Inns reported its sales were up 12 per cent last weekend compared to 2019 thanks to growing consumer confidence, with a notable uptick in drinks purchased at the bar.

Watson added that he expected events such as the Queen’s Platinum Jubilee and the Six Nations rugby tournament next month to provide further boosts for business. “Bookings are really flooding in for [the Six Nations], ”He said. “I think people are going to go tonto.”

Pub operators have warned, however, that returning customers could face higher prices as rising inflation and energy costs bite. Some establishments have already raised their prices and expect to do so again in April when the VAT rate increases back to pre-Covid levels.

“We have got huge issues at the moment, difficulties in the supply chain, record levels of debt and increased across board costs,” said Emma McClarkin, chief executive of the British Beer and Pub Association.

“It’s difficult when you want to win back consumers, they don’t want to see you putting prices up.”