Renault is suspending some of its Russian operations indefinitely and is preparing to walk away from its investment in Lada maker AvtoVaz, in a significant shift for the biggest foreign carmaker remaining in the country after rivals had retreated.

The French carmaker said late on Wednesday it could take a hit on the value of its operations in Russia in its half-year results and said it was “examining options” for its holding in AvtoVaz, Russia’s largest car producer.

The French group had been in the spotlight over its continued presence in Russia after the invasion of Ukraine and had faced calls for a boycott from Ukrainian politicians. It joins several French companies, including oil and gas major TotalEnergies and banks BNP Paribas and Crédit Agricole, in stepping up measures to cut ties with Russia in recent days, several weeks after other international peers in those sectors pulled back.

Renault had been silent until now on its long-term intentions in Russia, its second-biggest market after France. It employs thousands more people there than main rivals that froze operations days after the invasion, such as Volkswagen.

The company had faced production problems as western sanctions bit and struggled with the supply of some components but had been minded until now to try to stay the course, including to protect its local staff of 45,000, people familiar with the matter had said.

Renault said on Wednesday that its board had decided to suspend production of its own car brands in Russia indefinitely.

It did not give a reason but two people familiar with the decision said it went beyond problems with logistics and sourcing parts that had forced Renault into stoppages in recent weeks. Renault’s Moscow plant employs almost 2,000 people.

The company, which is 15 per cent owned by the French government, also said it was “assessing the available options, taking into account the current environment” for its 68 per cent stake in AvtoVaz.

AvtoVaz has a much larger operation and two factors, which have also been affected by stoppages triggered by the lack of components. The company did not comment on longer-term plans for those plants, which were due to pause manufacturing in early April to allow time to stock up on parts such as semiconductor chips. 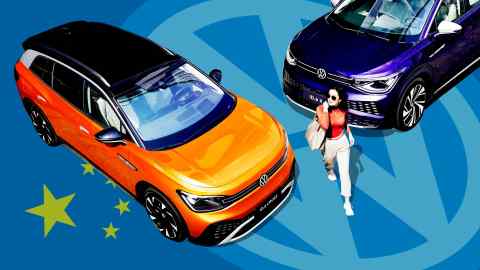 AvtoVaz is heavily reliant on parts and technology from Renault and alliance partner Nissan, which the companies will not provide if Renault chooses to walk away from the business, according to one person.

In the Renault fold since 2012, before the group raised its stake a few years later, AvtoVaz was bet by former boss Carlos Ghosn on Russia’s growth prospects. The company has invested heavily since then in modernizing AvtoVaz’s operations. The local nature of the business had played a big part in Renault’s hesitation over pulling out and could still make it harder to shut down the plants.

It is not clear how Renault might shed the stake beyond handing it or selling it to a Russian counterpart. Some foreign companies such as Total have ruled out going down that road for now, so as not to enrich Russian businesses.

The French state has so far not pressed companies to rush for the exit in Russia or to go beyond western sanctions, although it has warned them of looming difficulties of operating there as a recession looms.

This position had not changed, and Renault had decided on its own accord to shift its Russian stance, although it was backed in its move by the state, two people familiar with the matter said.

A Russian retreat spells challenges ahead for Renault chief executive Luca de Meo, who had just managed to get the company back on a more stable financial footing and in the black after two years of losses and a series of corporate scandals. Russia accounted for around 10 per cent of Renault’s sales last year.

The group said it was revising its financial outlook and slicing its operating margin target for 2022 to 3 per cent from 4 per cent as a result of its Russian announcement. It said it would record an accounting charge in its first-half results linked to the value of its Russian assets. This value stood at € 2.2bn at the end of December, it said.