Hopes of finding survivors among the 132 people on board the Boeing 737 that crashed in China on Monday are fading fast as investigations into the country’s worst air disaster in more than two decades have been launched.

Chinese leader Xi Jinping dispatched Liu He, his top aide and economy tsar, and state councilor Wang Yong to the site of wreckage in the mountains near Wuzhou, in southern China’s Guangxi region, after China Eastern Airlines flight MU5735 crashed with 123 passengers and nine crew members on board.

Charred items including wallets and identification cards were found by emergency staff, local media reported. But no survivors have been reported as local villagers and soldiers joined firefighters in combining the densely forested region.

The cause of the crash is not yet known but the disaster will probably spark another overhaul of industry safety across one of the world’s largest aviation markets, as well as further reviews of the Boeing 737 family of aircraft, aviation analysts said.

“This is a big shock, this will redouble their safety efforts,” said David Yu, an aviation industry expert who teaches at New York University in Shanghai.

China Eastern said it had immediately grounded its 109 Boeing 737-800s, 15 per cent of its fleet, as the crash exacerbated already bleak market conditions following a plunge in air travel during the coronavirus pandemic. Shares in the company were down more than 7 per cent on Tuesday, having fallen 6.5 per cent on Monday.

Charles J Armitage, an aerospace and defense analyst at Citi, said Tuesday’s crash was different from those involving the Boeing 737 Max, which was grounded in 2019 after two fatal crashes, given that the 737-800 was a mature aircraft while the Max was new at the time.

The crash complicates the return for Boeing’s 737 Max in China, the last big market where Boeing is still awaiting approval to resume flying following crashes in Indonesia and Ethiopia that killed a combined 346 people in 2018 and 2019. 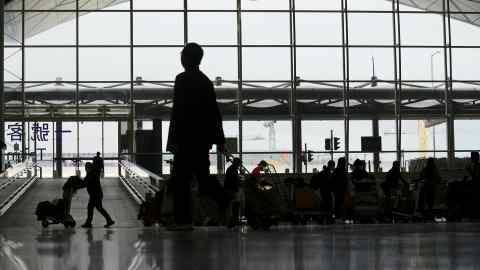 “Given the recent history concerning the Max, people are going to be very cautious,” Yu added.

Depending on the results of the investigation, Citi analysts also noted that under Chinese law, China Eastern could be liable to pay compensation with a cap of Rmb400,000 ($ 63,000) for each victim as well as “non-statutory compensation” covering the damage wrought on families, including mental health compensation, funeral expenses and living allowances. They pointed to a Henan Airlines crash in 2010, after which the airline paid Rmb960,000 to the families of the 44 killed.

Investigations into the crash will be conducted amid strained US-China relations, which have stymied international probes in China, including the origins of coronavirus. Historically, however, there has been “good co-operation” between China’s aviation agencies and industry and their international counterparts, Yu said.