The star of Russia’s women’s figure skating team has tested positive for a performance-enhancing drug, Beijing Winter Olympics officials disclosed Friday, upending one of the leading competitions at the Games and implicating Moscow in another high-profile sports cheating scandal.

Kamila Valieva, 15, who this week became the first woman to land a quadruple jump in the Olympic competition, tested positive for trimetazidine in a sample collected on December 25, according to the International Testing Agency, anti-doping watchdog. Trimetazidine is a drug that improves blood flow and is used to treat heart conditions. But it can also be used by athletes to train harder, enabling their bodies to recover more quickly by sending more oxygen to sore muscles.

The test was processed by the Russian Anti-Doping Agency (Rusada) on Tuesday, a day after Valieva led her compatriots to victory in the team figure skating event, ahead of the US and Japan. But the medal ceremony was suspended following reports that a Russian athlete had failed a drug test.

Valieva has appealed against the finding and participated in training on Friday after Rusada allowed her to practice and compete. The ITA, on behalf of the International Olympic Committee, said it would appeal against the Russian decision to the Court of Arbitration for Sport, which handles international legal matters for athletic events.

The positive test result and Valieva’s deferred suspension constituted the most significant sporting scandal at the Beijing Games.

The IOC imposed sanctions against Russia over its state-run doping program at the 2014 Sochi Winter Games, banning the country in 2017 from international sports competitions.

But athletes declared to be “clean” have been allowed to compete under the Russian Olympic Committee moniker, swapping national symbols such as the Russian flag and anthem for Olympic insignia and a passage from a Tchaikovsky concerto.

Valieva’s failed test has renewed questions about the efficacy of the sanctions program. Mark Adams, an IOC spokesperson, said the organization took “tough but appropriate action” against Russia when asked if the measures were sufficient while stressing that the Olympics movement had a mandate to remain “politically neutral.”

Adams added that the IOC was working to find a resolution to all appeals in the case “for all those concerned, not only the Russian athlete”.

A spokesperson for the US Olympic Committee said on Friday that “this is about more than medals at this point. This is about protecting the sanctity of fair and clean sport, the integrity of our Olympic values ​​and the accountability of the overall movement ”.

The Russian Olympic Committee and sports officials for Japan did not respond to a request for comment.

The Winter Olympics have been the focal point of wider geopolitical tensions. The US has led a diplomatic boycott of the Games over Beijing’s human rights abuses in Xinjiang, where it has interned more than 1mn Muslim Uyghurs.

China’s president Xi Jinping has also used the occasion to signal his strengthening ties with Vladimir Putin, his Russian counterpart, as Moscow is engaged in a diplomatic stand-off with the west over Ukraine. The leaders held a summit ahead of the opening ceremony last week, at which China joined the opposition to NATO expansion. 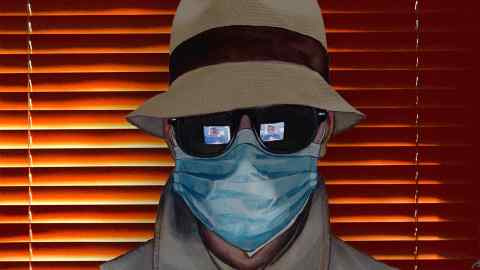 Valieva had been expected to win the gold medal in the women’s individual event, which begins on Tuesday. Victory would make the athlete, who is competing in her first season as an elite figure skater, the third consecutive Russian teenager to be an Olympic champion.

She is part of a renowned but controversial group coached by Eteri Tutberidze, who has trained many of the sport’s champions over the past decade, including the 2018 gold and silver medallists in women’s figure skating. Many of her athletes are young teenagers performing physically demanding jumps years before their international peers.

Trimetazidine is included in the World Anti-Doping Agency’s banned substances list as a “hormone and metabolic modulator” alongside meldonium, a similar drug that was used by Russian tennis star Maria Sharapova, who was banned from competition for two years in 2016.