London Mayor Sadiq Khan on Wednesday said the head of the capital’s Metropolitan Police had “days and weeks” to draw up a reform program following the latest scandal to tarnish the force’s reputation.

The Independent Office for Police Conduct last week published what it called “shocking” evidence of pervasive and persistent bullying, misogyny, homophobia and racism among officers in some teams at Charing Cross police station in central London. The findings follow scandals including the rape and murder of Sarah Everard in Clapham, south London, last March by Wayne Couzens, a serving Met Police officer.

Khan told Radio 4’s Today program that he had met Cressida Dick, the commissioner, following the publication of the IOPC report on February 1 and told her she had to draw up a plan to restore confidence in the force by the next time they met. Asked when this would be, he said, “It’s days and weeks.”

Dick has been forced to apologize repeatedly over misconduct by her officers. As well as Everard’s murder, the Met has been criticized for alleged racism – which it denies – in the investigation into the disappearances of Nicole Smallman and Bibaa Henry, two mixed-race sisters who were later found murdered. Two Met officers have been convicted of misconduct in public office for taking and sharing pictures of women’s bodies.

Dick has also been widely criticized over her decision to delay an investigation into allegations of lockdown-breaking parties in Whitehall.

Khan told the BBC he wanted Dick to draw up a plan to “win back the trust and confidence” that had been “both knocked and shattered as a consequence of these cases”. 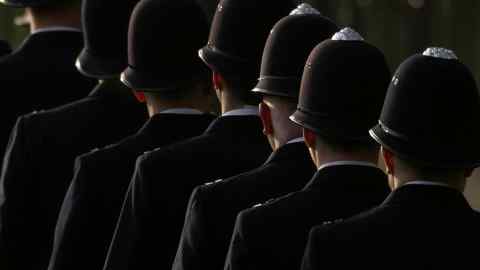 Khan serves as London’s police and crime commissioner and in September agreed to a two-year extension to Dick’s term, which had been due to expire in April. Because the Met has national responsibilities, the commissioner is also answerable to the home secretary, who has the ultimate power to hire or dismiss her.

Khan did not specify what action he would take if he found Dick’s plan unsatisfactory, though he said he would not “keep quiet” about it.

He added: “If there are examples of cultural practices or behavior that is unacceptable, I have got to hold to account those who Londoners expect to be held to account.”

The Metropolitan Police did not immediately respond to a request for comment on the mayor’s interview.

The Home Office reiterated comments last week by Priti Patel, home secretary, condemning the behavior of the “sickening officers” at Charing Cross and demanding that standards be raised across the force.