British meeting rooms need to be “leveled” to eliminate biases towards workers of lower socio-economic background, according to the head of the Chartered Management Institute.

About a third of the UK’s 1,000 managers surveyed by the industry said socio-economic backgrounds were still a barrier to promotion.

A similar number said the class was also an obstacle to achieving a middle-level role in their organizations. According to the study, those with higher socio-economic backgrounds occupy more than half of management roles, and this bias is more pronounced among companies based in London and the South East of England.

Anne Franke said socio-economic backgrounds are rarely taken into account by managers when looking at the diversity of senior jobs, as opposed to gender or ethnicity.

“Socio-economic background is definitely a factor in your ability to progress and it definitely makes it harder to be hired in the first place,” Franke said. “It’s really shocking that so few employers even have that on their radar.”

CMI called on ministers to introduce mandatory reporting on the socio-economic background of employees, similar to the data that companies now have to report on gender diversity.

Only 14% of organizations view graduates as part of their recruitment efforts, according to the CMI, with recruitment programs dominating higher education programs.

A CMI study found that existing government schemes that have helped companies attract high school graduates are not widely known or exploited.

Only 3% of respondents said their group used the Restart program, which provides additional support for people who have been out of work for at least nine months, and only 14% used Kickstart, a six-month, government-funded paid job. Less than one-fifth have used other government internship schemes. 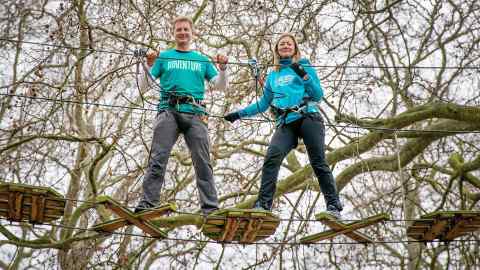 CMI is pushing for fairer and more transparent recruitment processes and for companies to put in place action plans to achieve them.

“In the UK today, your background should not matter when it comes to your career choices and how your career develops. “Unfortunately, our research shows that this is not the case,” Franke said.

“There seems to be widespread recognition that where you come from will determine the direction of your career path, and a sad reality that employers are not doing enough to disprove that.”

CMI surveyed more than 1,000 UK-based managers in December as part of its 75th anniversary project.