Not long after stepping down as creative director of womenswear at Calvin Klein, the Brazilian-born Francisco Costa found himself, for the first time, in the Amazon. After 13 years at the brand and a somewhat abrupt departure, he realized he needed to “get away and detach from everything”.

Up to that point, Costa’s working life had been all about fashion. Having arrived in New York from Guarani, a small town near Rio de Janeiro, in 1985, he’d taken night classes at the Fashion Institute of Technology, and landed a position assisting Oscar de la Renta. Ten years later he was appointed chief womenswear designer at Gucci by Tom Ford (his contemporaries were Christopher Bailey and Clare Waight Keller). In 2003, he moved to Calvin Klein, where he found the perfect home for his sleek, considered minimalism and artistic use of color. Twice he won the CFDA Womenswear Designer of the Year award, and in 2015, he and his partner, horse trainer John DeStefano, bought a midtown Park Avenue apartment, fully ensconced among the Manhattan art and fashion elite.

But somehow, in 2016, it all unravelled. In April of that year, Calvin Klein announced that Costa was exiting the business. There were, says Costa, “a lot of reasons”, but it’s fair to say he had become increasingly disillusioned. Sustainability and social responsibility were high on his agenda (he produced collections that were completely upcycled, and was one of the first designers to stop using fur), and he was frustrated that the fashion world was moving far too slowly. “I just knew that I was very dissatisfied with fashion,” he says. “I can’t blame the industry. It was a very personal decision – but I had run my course at Calvin. Thirteen years at one brand is a lot. At the time, it was perfect for me, and I did so much there, but fashion was just becoming so outrageously wasteful. I needed to dig into something else. ”

Privately, he had already started sketching out what his own brand could look like – but instead of fashion, he had alighted on beauty. “I honestly didn’t know then that the beauty industry was going to explode in the way it has. I just knew I was increasingly drawn to things like that, ”he says. “As a designer, you are always somewhat anticipating what people will want next; you naturally have your antennae on. I think that’s what happened to me. ” (His antennae were spot-on: the beauty industry has an annual growth rate of 4.75 per cent. Total global sales in 2020 were $ 483bn, expected to top $ 716bn by 2025.)

But he didn’t know that he’d find the key to his beauty brand in the jungle. On his trip, he flew to Acre, an isolated Brazilian state that borders Peru on the north-west of the Amazon, and took a “crazy journey”, six and a half hours by canoe down the Gregório River to stay with the Yawanawá people – a community living along the river’s banks. It wasn’t Costa’s usual kind of getaway, but it turned out to be exactly the one he needed. “That trip was the starting point of something new for me – leaving everything I was doing behind, exploring the jungle, seeing what it is, how it felt, how it smelt.”

That scent, as it turned out, was key. A sweet, darkly woody and smoky aroma had followed Costa throughout the trip; he assumed it was the scent of the fires the villagers burned to repel mosquitoes. On his last evening, however, he saw them tossing little rocks into the flames, which turned out to be lumps of breu, a fragrant resin extracted from the almaciga tree that grows in the rainforest. When you set it alight, it produces a churchy, soapy, rich-earth-and-crushed-leaves aroma. It is ritually used by the Yawanawá to balance the sixth chakra (believed to work on intuition and the subconscious mind) and enhance concentration. “Emotionally, that scent just floored me,” he says. “It was the most beautiful smell, something I’d never experienced before: masculine, feminine; easy, complicated; deep and foresty. ”

More trips ensued. Six months later, he traveled further east to Belém do Pará, the gateway to the Amazon, to see the bounty of rare native fruits and medicinal herbs at its famous market. And then on to Natal, the capital city of Rio Grande do Norte, where local chemists and botanists showed him seeds from ancient sapucaia trees, and shared their extraction processes, preserving the minerals and micronutrients of the plants. Two years later, Costa Brazil, a line of exquisite, refined, eco-luxury beauty and wellness products, was born, with breu at its heart. What began in the wilds of the jungle had now been polished up, from the smooth, opaque white glass bottles of the face serum to the understated “toothpaste tube” body cream. The knotty lumps of breu come in a soft cotton bag and a gleaming aluminum canister, with a sleek gray ceramic tile. (They don’t remain lit like a candle; you light one for up to a minute and then, once extinguished, its fragrance fills the air.) There’s also a scented candle (which captures the aroma in a softer, slightly more mellow way ), body oils and facial skincare – and, from May, a perfume too.

Costa didn’t plan on launching a brand specifically to honor his native country, although he’s very happy it has turned out that way. There are many regions of the world to which the beauty industry has held up a spotlight, from the Ayurvedic traditions of India to ancient Chinese remedies – but Brazil has seldom been given an opportunity to shine. Costa’s brand emerged at a time when the Amazon has become an integral part of the climate-crisis conversation. In 2021, the deforestation of the 1.4 billion-acre rainforest, usually carried out to make way for the planting of other crops or farmland, hit its highest level in 15 years (increasing by 22 per cent in a year). At November’s COP26 climate conference, a major deal was signed to end and reverse the practice. “We are at a tipping point,” Costa says. “If the biome reaches 20 to 25 per cent deforestation, the Amazon won’t be able to recover on its own. The largest tropical forest on the planet will start to become a savannah, making a very serious impact in terms of biodiversity, global climate and the wellbeing of millions. ” Part of that regeneration will be about discovering the bio-rich ingredients that the Amazon has in abundance: while 25 per cent of western pharmaceuticals are derived from rainforest ingredients, less than one per cent of its plants have been tested by scientists.

Costa’s relationship with the country has always been passionate, but discovering breu has deepened that belonging further. “Brazil for me is ingrained,” he says. “But in some ways I think everyone who goes there feels the same way. It’s a place where your sense of happiness comes from feeling good, being relaxed, treating yourself, surrounding yourself with gorgeous scents. I think that’s why, when I found the breu, the whole thing came to me very easily. “

Also included in the range are the Lua and Sol body oils, which have a silver or gold shimmer from mineral pigments and represent a side of Brazilian beauty that is more about glamor and celebration. As a fashion designer, Costa was known for his use of color, and will eventually extend into make-up – in fact, he has already discovered an Amazonian pigment that he calls “the most beautiful red in the world”. The Amazon, says Costa, is like a “natural laboratory, full of these incredible treasures that we bring back and test, and discover they’re full of truly exceptional benefits.” He’s not sure he would have ventured into “serious” skincare such as serums had the lab trials not confirmed the antibacterial, antimicrobial and mosquito-repelling properties of breu.

Costa doesn’t want to stay “niche” forever, and his next launch, a breu-inspired fragrance called Aroma, is set to propel the brand into something more “mainstream”. It was actually the first thing he created, but he held back from launching it. “I didn’t want it to seem like I was just this designer who had been at Calvin Klein forever and then brought his own fragrance out – because it’s not the type of fragrance that’s backed by marketing or a celebrity. It doesn’t feel interesting to play in that space. ” 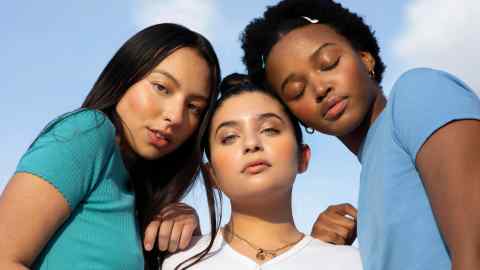 It’s called Aroma because as Costa says, “it’s not even a fragrance, it’s just a delicious thing.” It’s available as a conventional eau de parfum or scented oil, which conjures the breu, “with its magnificence, its shapeshifting, its intensity but also its quietness” as well as subtle shades of other scents he experienced growing up: orange blossoms in his backyard , the twist of lime. The whole thing, he says, feels different: “It smells like yourself. I don’t know one person on whom it smells the same. ”

Currently, Costa Brazil is sold online on platforms like Net-a-Porter and Cult Beauty. But in 2021 the brand was acquired by Amyris, a major Bay Area biotech firm that specializes in making sustainable alternatives to ingredients traditionally harvested from nature – so ‑ called “green science”. (The Bill & Melinda Gates Foundation invested in the company’s creation of a semi-synthetic drug that can be used in antimalarial treatments to make their production more affordable.)

“It’s about scale,” Costa says firmly. Amyris’s growing beauty division is focused on developing ingredients with which to replace proven natural extracts. The plan is to try and mimic some of the breu molecules, allowing the brand to create them in much larger volumes. “We’ll continue to sustainably harvest the amount made available to us by our local extractors – an act that, if done responsibly, helps the forest to thrive and support Indigenous peoples and local communities,” he says.

“What happened in fashion was that it was going in a completely different direction from where my purpose was. Here, I have a goal to do the best products, and also be able to make a difference in the world and how people see this category. How can we have all these wonderful things but be mindful of what we use? So I want to source the brand in nature, I want nature to be in the bottle – but I want to scale it as well. For one reason: the more values ​​we have in this brand, the more successful those areas in which we source our ingredients can become. ”