Shares of Toyota’s truck-making subsidiary Hino suffered their biggest one-day fall in more than two decades on Monday, plunging 16.8 per cent in the first trading session since the company admitted it had falsified emissions data.

Hino said on Friday that it had falsified diesel engine performance and fuel economy data for some of its vehicles manufactured in Japan. The transport ministry on Monday inspected the company’s headquarters in Tokyo and said it planned to open an investigation.

The company, which has sold more than 115,000 trucks and buses with falsified data as of February, said it has suspended new sales of the engines and vehicles carrying them in Japan.

Hino’s data manipulation scandal is the latest to hit the country’s auto industry. In 2016, Mitsubishi Motors said it has used favorable fuel economy data, while two years later Suzuki, Mazda and Yamaha made a similar disclosure.

Analysts said Hino’s admission put the spotlight on corporate governance loopholes for majority-owned subsidiaries listed on the Tokyo Stock Exchange. While Toyota is technically in control of Hino, under the current structure it is difficult to impose standards on the subsidiary.

Japanese auto stocks were hit by the disclosure, with Toyota shares down as much as 7.5 per cent and Nissan shares sliding 8.6 per cent. Hino’s shares closed at ¥ 745, down 16.8 per cent.

Hino had cheated on the tests because there was “pressure of meeting numerical targets and adhering to schedules”, according to company president Satoshi Ogiso at a press conference on Friday. One of the ways Hino had cheated was by replacing the purification equipment during the emissions evaluation test.

The manipulation of data was discovered during a company investigation into pre-shipment inspections for cars sold in Japan, after it had failed to comply with US regulations for its vehicles sold in North America.

Seiji Sugiura, a senior analyst at the Tokai Tokyo Research Institute’s advisory company, said Hino’s latest problem was partly because of its position in the Toyota group.

Unlike Daihatsu, another Toyota subsidiary that makes compact cars but is wholly owned by the giant car, Hino is listed and managed separately from Toyota’s own commercial car unit. 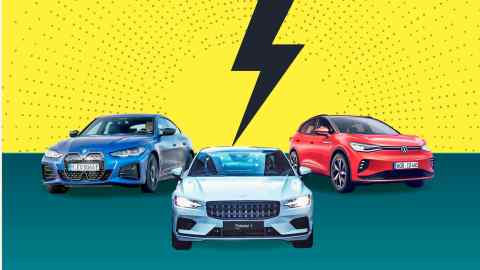 “It is as if Hino is considered left aside, although it is in the same Toyota group. How Toyota handles Hino and oversees its governance have been quite unclear, ”Sugiura said.

Toyota said on Friday that approximately 3,000 Toyota vehicles were equipped with the Hino engines under investigation.

“Hino will confirm the correct specifications and, in consultation with Hino, Toyota will take appropriate action,” Toyota said in a statement.