By Baris Balci and Cagan KocBloomberg

The Monetary Policy Committee held its one-week repo rate at 14% as forecast by all 22 analysts surveyed by Bloomberg. Turkish inflation climbed to 48.7% last month, pushing the nation’s yield when adjusted for inflation to almost -35%, the lowest by far among emerging market peers. 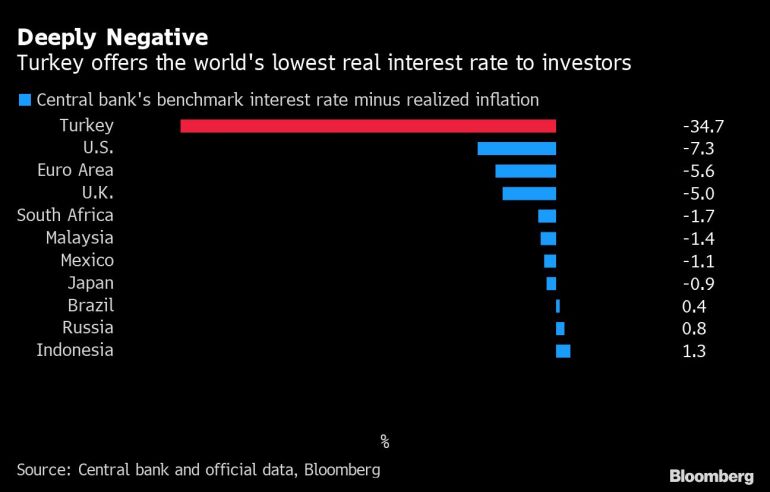 Just ahead of Thursday’s decision, Erdogan said “the debate over interest rates has subsidized significantly and exchange rates have stabilized.” Now “it’s time to pull inflation back to single digits,” he said.

Turkey’s aggressive rate cuts in late 2021 fueled a collapse in the lira, leaving the nation more exposed than peers to recent global price shocks. Erdogan is prioritizing growth at a time many emerging market peers are tightening monetary policy to counter price gains, reasoning – in a departure from economic orthodoxy – that higher borrowing costs fuel inflation.

The decision is a compromise between economic conditions that warrant a tightening and the government’s insistence on low rates. With hikes politically infeasible, we see the main policy rate unchanged this year. The CBRT may rely on alternative instruments to meet the conflicting goals of stabilizing the lira and stimulating the economy. 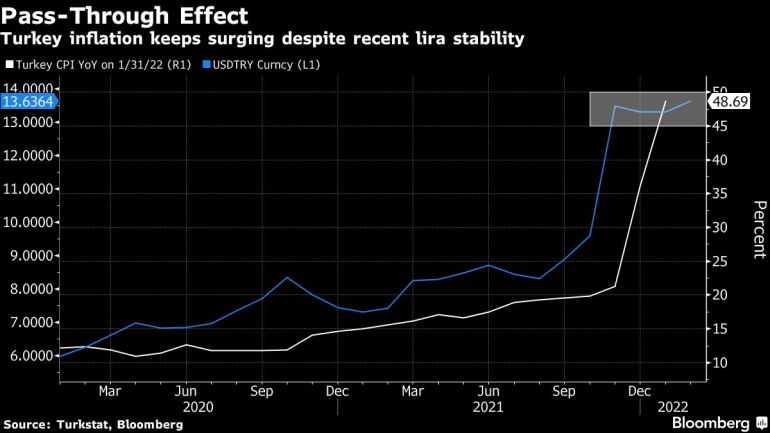 Boxed in by the president’s demands, authorities have switched their focus away from rates. The central bank introduced incentives for a new savings program to stabilize the currency, while the government slashed value-added tax on staple foods in an effort to curb price gains.

Cristian Maggio, head of portfolio strategy at TD Securities, said that given current inflation the move to hold the benchmark was insufficient.

“We never really know how much the CBRT and state banks are behind the apparent stability of the lira. It may be that state-run banks are punching their weight behind the lira to prevent sharper upside moves, ”he said.

Treasury and Finance Minister Nureddin Nebati has predicted inflation will gradually slow this year as the economy attracts more dollar inflows from tourism over the summer. Inflation expectations for the end of the year jumped to 34.06% from 29.75%, according to the central bank’s February survey of market participants.

Turkey’s Statistical Institute will publish gross domestic product data for the fourth quarter of 2021 and the full year on Feb. 28. It will publish February inflation data on March 3.