The UK’s devolved administrations have warned that Boris Johnson’s plans to cut £ 1bn-worth of red tape for business by removing legacy EU laws risk driving a “coach and horses” through the country’s constitutional settlement.

Representatives of the Scottish and Welsh administrations expressed their concerns over the weekend in a telephone call with UK attorney-general Suella Braverman and other ministers, according to two people briefed on the exchanges.

The prime minister is to unveil a Brexit freedoms bill on Monday which will make it easier to amend or remove EU laws that remained on the UK statute book after Brexit as a bridging measure to provide legal certainty to business and society.

The government wants to repeal and replace outdated EU laws so that it can cut £ 1bn of red tape for UK businesses.

Ministers will also publish on Monday a 100-page “Benefits of Brexit” policy document that will set out areas where the government believes deregulation after leaving the EU can help the country gain a competitive edge in areas such as gene editing and artificial intelligence.

Johnson said the Brexit freedoms bill would “further unleash the benefits of Brexit”, helping to drive investment and job creation.

What this Brexit document is about is the next phase of a post-Brexit power grab.

Braverman said it was “vital” to create a mechanism to do away with EU laws that she claimed were created as a result of “unsatisfactory compromises” by the bloc’s member states and now had “no democratic legitimacy” in the UK.

“Setting up a mechanism to deal with these legacy EU rules is essential,” she added. “It underpins our ability to grasp important opportunities provided by Brexit.”

However the Scottish and Welsh administrations fear the new legislation will hand powers to Westminster in key areas such as fisheries as well as environmental, food and water standards, which have long been devolved to Edinburgh and Cardiff.

Two people from the devolved administrations present on the call with Braverman said the attorney-general received a “bleaching” for failing to consult more fully over the plans.

“Braverman was just reading from her screen, going on about ‘Brexit opportunities’ but when there were questions she only answered with platitudes,” said one of these people. “The whole meeting was called at the last minute, as if to say ‘This is what we’re going to do’.”

Mick Antoniw, the Welsh minister for the constitution, said the UK government’s approach was driving a “coach and horses through the concept of mutual consent” on which the devolution settlement was designed to operate.

“The government has been unable to provide assurances that its plans for future changes in dealing with ‘retained’ EU law would not affect the devolution settlement,” he added. 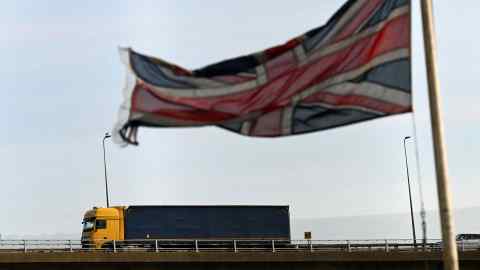 Angus Robertson, the Scottish minister for the constitution, echoed those concerns, describing the Brexit freedoms bill as another move to erode the powers of the devolved administrations.

“What this Brexit document is about is the next phase of a post-Brexit power grab,” he added. “They will argue it’s about the efficiency of the market and creating an effective level playing field, but it’s not really about that.”

The UK government said details of the Brexit freedoms bill would be outlined “in due course”.

“We continue to work closely with devolved administrations to ensure that a common approach can be taken where powers and law have returned from the EU which intersects with policy areas that fall within devolved competence,” it added.