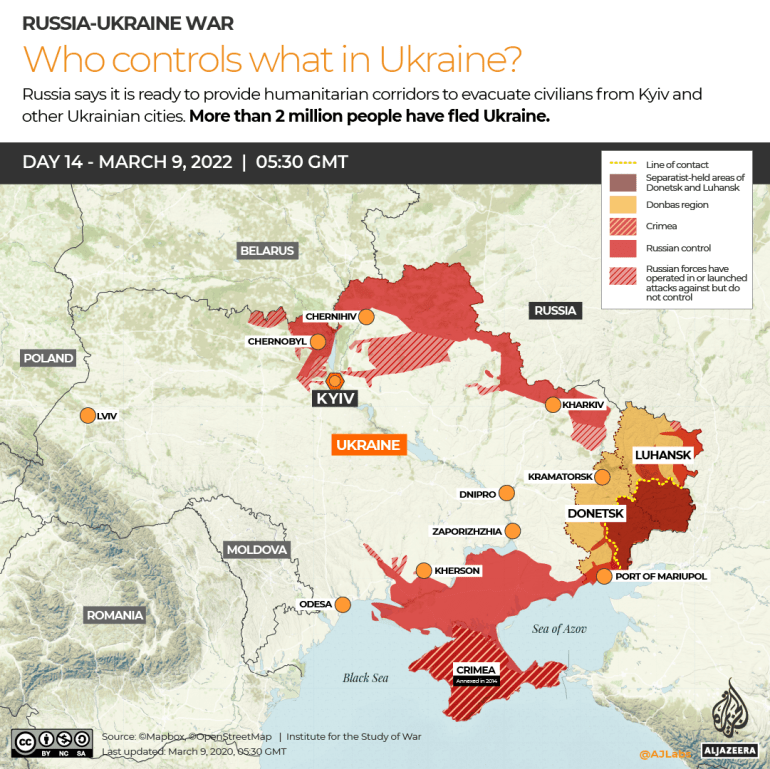 The International Monetary Fund has said its executive board approved $ 1.4b in emergency financing for Ukraine to help meet urgent spending needs and mitigate the economic impact of Russia’s military invasion.

The global lender said Ukrainian authorities had canceled an existing stand-by lending arrangement with the IMF, but would work with the fund to design an appropriate economic program focused on rehabilitation and growth when permit conditions.

The White House has said Russia’s claims about alleged US involvement in biological weapons labs and chemical weapons development in Ukraine were false.

“We have taken note of Russia’s false claims about alleged US biological weapons labs and chemical weapons development in Ukraine,” White House spokesman Jen Psaki said in a series of tweets.

She said Russia could possibly be laying the groundwork for the use of chemical or biological weapons in Ukraine “or to create a false flag operation using them” but did not offer evidence.

Ukrainian parliament member Lesia Vasylenko says it is currently impossible for many Ukrainians to access clean water amid the fighting, forcing many to drink contaminated water and causing several cases of dehydration.

“It’s impossible to get food or water,” Vasylenko told Al Jazeera. “People are drinking contaminated water from the sewage system or children are forced to take snow or what remains of the snow just to stay hydrated.”

The situation, she added, demonstrates “how inhumane” the methods Russia is using against the Ukrainian civilian population are.

Caterpillar Inc has said it has been suspending operations in its manufacturing facilities in Russia, joining a growing number of companies that have halted business in the country.

“Operations in Russia have become increasingly challenging, including supply chain disruptions and sanctions, and we are suspending operations in our Russian manufacturing facilities,” a company spokesperson said.

The UN’s humanitarian affairs chief has denounced the attack on a Ukrainian children’s hospital in Mariupol as an “appalling breach” of international humanitarian law.

He added: “I hope we will find out in due course who did this and hold them to account.”

UN Relief Chief Martin Griffiths speaks to @AJEnglish about the humanitarian crisis brought on by the war in #Ukraineas well as the “deeply, deeply shocking” attack on a children’s hospital in Mariupol: pic.twitter.com/dY6Xshrf0q

Over 1,200 civilians have died in the siege of Mariupol, the mayor says

A total of 1,207 civilians have died during a nine-day siege by Russian forces of Ukraine’s port city of Mariupol, its mayor has said.

The first nine days of the Russian siege saw “1,207 peaceful Mariupol residents dying”, the city authorities posted on Telegram along with a video message by Mayor Vadym Boichenko.

United Nations Secretary-General Antonio Guterres has decried what Ukrainian officials said was a Russian attack on a hospital in the besieged southeastern port city of Mariupol.

“Today’s attack on a hospital in Mariupol, Ukraine, where maternity & children’s wards are located, is horrific,” Guterres said on Twitter.

“Civilians are paying the highest price for a war that has nothing to do with them. This senseless violence must stop. End the bloodshed now. ”

Today’s attack on a hospital in Mariupol, Ukraine, where maternity & children’s wards are located, is horrific.

Civilians are paying the highest price for a war that has nothing to do with them.

This senseless violence must stop.

Russian banks can lend to firms owned by non-residents

Russian banks will be allowed to lend to companies controlled by non-residents, the finance ministry has said amid sanctions that have prompted many western firms to pull out or suspend operations.

“This decision was made so that companies wishing to continue their business activities in Russia can work normally and receive loans from domestic banks,” the ministry said in a statement, without providing details. 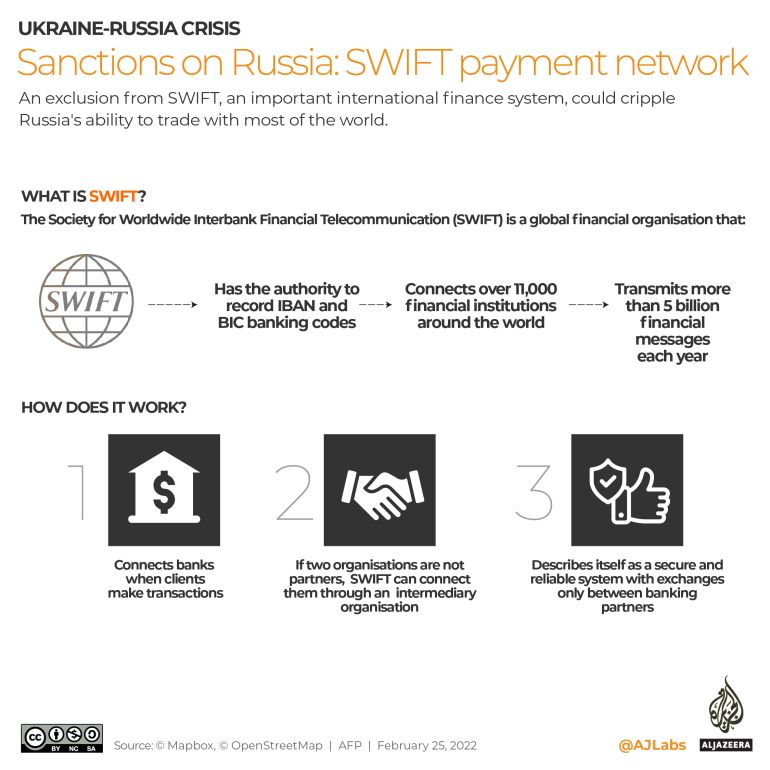 No final decision has been made and the White House is consulting with the nuclear power industry about the potential impact of imposing sanctions on Russia’s state-owned atomic energy company, which is a major supplier of fuel and technology to power plants around the world. report added.

Russia’s uranium production is controlled by Rosatom, which was formed by Russian President Vladimir Putin in 2007. The company is an important source of revenue for Moscow.

The Pentagon does not support more jets for Ukraine

US Secretary of Defense Lloyd Austin has informed his Polish counterpart that Washington does not back Warsaw’s plans to transfer its Russian-made MiG-29 jets to Ukraine, Pentagon spokesperson John Kirby has said.

He said the effectiveness of Russia’s “significant” air force has already been limited by Ukraine’s air defenses.

“Polish generosity is clearly on display for the whole world to see,” Kirby said. “But at this time, we believe that the provision of additional fighter aircraft provides slightly increased capabilities at high risk.”

He added that transferring the jets to Ukraine would risk an escalation with Russia.

Lavrov arrives in Turkey for talks with Ukrainian counterpart

Russia’s foreign minister Sergey Lavrov has landed in Antalya, Turkey, ahead of planned talks with Dmytro Kuleba on Thursday.

The meeting would be the first between the nations’ top diplomats since Russia invaded Ukraine two weeks ago.

Ukraine has evacuated more than 40,000 people in one day but has fallen short of the target of 100,000, one of the negotiators in the talks with Russia said.

David Arakhamia said in a post on social media that evacuations remained problematic around the cities of Kyiv, Kharkiv and Mariupol.

The US, UK and NATO have ruled out that call, saying a no-fly zone would risk escalating the conflict and leading to a direct military confrontation with Russia.

No evidence of weapons of mass destruction produced in Ukraine: UN

The World Health Organization (WHO) is “unaware of any activity on the part of the Ukrainian government, which is inconsistent with its international treaty obligations, including on chemical weapons or by biological weapons”.

The head of the UN’s nuclear watchdog, Rafael Grossi, will fly to Turkey later today, as Russian and Ukrainian foreign ministers are set to meet.

“In meetings there I hope to make progress on the urgent issue of ensuring the safety and security of # Ukraine’s nuclear facilities. We need to act now! ” Grossi wrote on Twitter.

Russia has seized a nuclear plant in Zaporizhzhia and radioactive waste facilities near the defunct nuclear power plant at Chernobyl. Ukrainian staff are still operating both but in conditions Grossi has said put the facilities’ safety at risk.

At the invitation of #Turkey‘s Foreign Minister @MevlutCavusoglu I will travel tomorrow to Antalya. In meetings there I hope to make progress on the urgent issue of ensuring the safety and security of #Ukraine‘s nuclear facilities. We need to act now!

Read all the updates from Wednesday, March 9, here.