Labor’s biggest donor, Unite the Union, has threatened to cut financial support for the party over a dispute between a Labor-run local authority in the Midlands and local bin collectors.

Sharon Graham, elected as secretary general of Unite last year, said she was launching a review of the organization’s financial support for Labor as a result of Coventry council’s behavior.

Unite members in the West Midlands city have been on strike for weeks in a long-running row over pay.

The party’s finances have been damaged by the loss of 59 seats in the 2019 election because the level of state funding for opposition parties – dubbed “short money” – depends on the number of seats they control.

Also Labor has been spending more than £ 1mn a year on payouts in legal cases, mostly relating to anti-Semitism, while also funding three general election campaigns over just four years.

Unite gave £ 3mn to Labor ahead of the last parliamentary polls in December 2019 but last year it cut its “affiliation fees” by 10 per cent in a signal of its unhappiness at the party’s direction towards the center ground under current leader Keir Starmer.

Graham told the strikers: “Let me be very clear, the remaining financial support of the Labor party is now under review. Your behavior and mistreatment of our members will not be accepted. It’s time to act like Labor, be the party for workers. “

Graham said other councils across the UK had increased pay rates for refuse collection drivers to preserve services – amid a wider shortage of HGV drivers caused by a combination of Brexit and the Covid pandemic.

“If other councils can increase pay rates to preserve services and prevent an exodus of drivers, there is absolutely no reason why the Coventry Council cannot do the same,” she said.

Graham urged Labor to “pick up the phone and get this sorted,” saying, “It’s utterly disgusting that this council is putting workers through this misery. If we have to escalate, we will escalate and I personally will be getting involved. ”

But a spokesman for Starmer said Labor would always act in the public interest. “These sorts of threats won’t work at Keir Starmer’s Labor party,” he said. “We would have hoped that Unite would have got the message that the Labor party is under new management.” 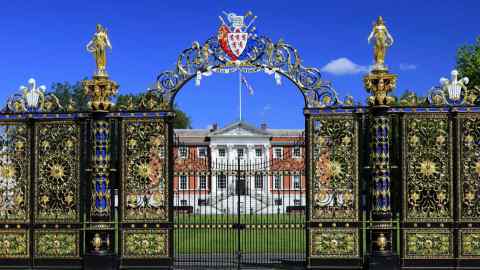 Coventry council has claimed that the bin collection strikes by about 75 drivers have cost it £ 1.8mn through a drop in commercial waste collections and because of the cost of hiring private drivers – and could lead to job losses.

But Unite has claimed that the dispute would take just £ 250,000 to resolve.

Relations between Labor and the unions were extremely close under hard-left former leader Jeremy Corbyn, who quit after the party lost the 2019 election.

But Starmer has put distance between himself and some union general secretaries with his pro-business rhetoric, designed to appeal to middle-class floating voters.

Jonathan Reynolds, shadow business secretary, will use a speech on Thursday to say that Labor is now a “pro-business, pro-worker, political party”.

Reynolds, addressing a City audience, will say that Labor now believes a strong relationship with business is essential. “The overwhelming majority of successful businesses are successful because they care about their workforce, their customers, and the communities they are part of,” he will say.