British Airways has offered a one-off bonus to 20,000 pilots and crew, the latest sign the carrier is trying to rebuild relations with its employees as the travel industry recovers from the pandemic.

The airline has informed unions of the plan to offer a 10 per cent bonus to operational employees that includes aircraft crew and ground staff.

Pilots have been offered a 5 per cent bonus in separate negotiations with their union Balpa.

The bonuses are part of a pledge by Sean Doyle, who became chief executive of BA in October 2020, to restore morale among staff and improve services for passengers.

He told the Financial Times last month that staff needed to be put “back at the heart of the company”, although he warned there needed to be “honest conversations about what it takes to compete” in the aviation industry.

Big airlines often had a profit-triggered bonus, one union representative said, but BA lost € 3.9bn in 2020, its most recent financial year, and there have been no payouts for several years.

In the past, the airline has paid out smaller bonuses when the business has hit its annual targets, but a figure of 10 per cent is unusually high, according to another person familiar with the matter.

Unions have yet to formally discuss the proposal with members, according to two people involved with the talks, and have until the end of the month to respond.

One union executive cautioned that while a bonus or rise in pay would always be welcome, it should be properly negotiated to avoid a “suboptimal outcome”.

BA confirmed the proposals and said they were a “gesture of thanks to colleagues”. 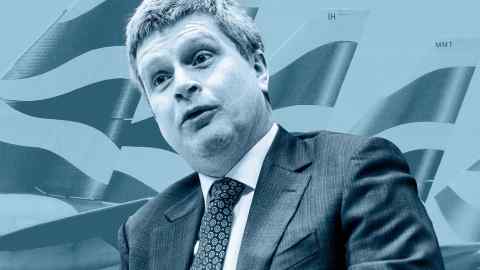 The airline has been dogged by difficult labor relations for years, including the first strike by pilots in its history in 2019.

It laid off about 10,000 people when the pandemic hit in 2020, and was dubbed a “national disgrace” by politicians for its treatment of staff during the crisis.

Like its main competitors, the carrier has since fled to rehire as the industry recovers, including new cabin crew jobs for this summer.

The airline has also introduced a new subsidiary at London’s Gatwick airport, with pilots and crew on cheaper, and more flexible contracts.

Doyle said last month that BA needed to return to offering passengers a “premium proposition”, an admission that standards had slipped as the airline has cut costs in recent years.

In an email to passengers, he admitted there had been “things that should have gone better” for the airline, particularly the long waits to get through to call centers that have frustrated many customers.