Children aged five to 11 in England are to be offered a Covid-19 vaccine, but not until April, the government announced on Wednesday.

Unveiling the plan, health secretary Sajid Javid made clear that Covid vaccination for adults, and young people whose health is vulnerable, was the priority, alongside immunization programs against childhood diseases.

Javid’s decision, announced following a recommendation by the Joint Committee on Vaccination and Immunization, also came after the Scottish and Welsh governments approved offering Covid vaccination to five- to 11-year-olds.

The health secretary said the NHS would prepare to make a Covid vaccine available to five- to 11-year-olds during April “so parents can, if they want, take up the offer to increase protection against potential future waves of Covid-19 as we learn to live with this virus ”.

The JCVI said it was proposing a “non-urgent” offer to all children aged 5 to 11 of two doses of a BioNTech / Pfizer pediatric vaccine to be given at least 12 weeks apart.

Although this age group was generally at very low risk of serious illness from coronavirus, “a very small number of children who get infected to develop severe disease”, it added.

The JCVI said: “Latest evidence suggests that offering the vaccine ahead of another potential wave will protect this very small number of children from serious illness and hospitalization, and will also provide some short-term protection against mild infection across the age group.”

In December, the JCVI recommended a Covid vaccine offered to five- to 11-year-olds whose health placed them at particular risk should they catch coronavirus, or who lived with immunosuppressed family members. The rollout began in February. 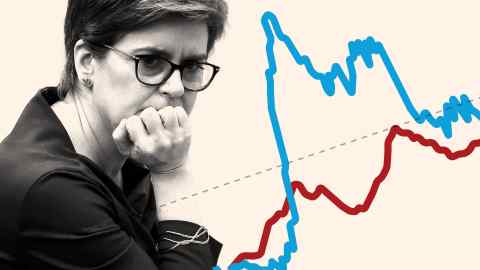 However, the JCVI has been viewed as cautious by international standards in declining until now to recommend the jab for all aged 5-11 despite surging infections in primary schools.

It is almost two months since the Medicines and Healthcare products Regulatory Agency, the UK regulator, ruled the pediatric Covid vaccine made by BioNTech and Pfizer was safe and effective.

One of the first countries to approve a Covid vaccine for under-12s was the US, which gave the go-ahead in early November. Children in EU member states including Denmark, France, Italy and Spain have also been able to have the jab since last year.

He added that other important childhood vaccinations, such as that against measles, mumps and rubella, had fallen behind due to the pandemic, saying: “It is vital these programs continue and are not displaced by the rollout of the Covid-19 vaccine to this age group. ”

Explaining the timing of offering the vaccine from April, UK officials said that while under-12s overwhelmingly suffered only mild side effects, in the US between 8 and 10 per cent of children vaccinated subsequently had at least one day off school.

Giving the vaccine during school holidays could help reduce the impact of that, added the officials.