The London Metal Exchange has introduced a series of emergency measures to allow traders to defer delivery obligations on all of its main contracts, including nickel, which has been hit by a big short squeeze in recent days.

The price of LME’s benchmark nickel contract doubled on Tuesday to record high of more than $ 100,000 a tonne following a jump of more than 70 per cent on Monday. The latest increase occurred after China Construction Bank, a big state-owned lender, was given extra time to pay margin calls. The price later retreated to $ 82,500 a tonne.

The rise is the most extraordinary in the 145-year history of the LME, which prides itself on being the market of last resort for industrial metals such as nickel, copper, aluminum and zinc.

The changes introduced by the LME include a limit on backwardation of near-term spreads – whereby spot contracts trade at a premium to futures contracts, indicating that the market is undersupplied – and allowances for holders of some short positions to avoid delivery of the metal.

But it was not clear how effective the changes would be. Commodities broker Marex said it was almost “inconceivable” that nickel had been squeezed to such an extent but with liquidity drying up, the “sky looks to be the limit” for prices.

“We do expect that additional margin calls will still be triggered,” it said.

The LME said it had been monitoring the impact on its markets of Russia’s invasion of Ukraine almost two weeks ago, as well as recent low stock levels in many of its contracts, including nickel.

Unlike most futures exchanges, the LME’s contracts can be settled physically from metal that sits in its network of approved warehouses, which stretch from Rotterdam to Malaysia.

This link makes the exchange the leading price setter for industrial metals and the market of last resort for consumers who need raw materials. Its customers include physical producers and big industrial consumers of metal seeking to hedge their exposure to prices.

Nickel is used to make stainless steel, but the fastest-growing market for metal is in the batteries that power electric vehicles.

The biggest producer of high-grade nickel for the car industry is Russia and fears that supplies could be disrupted by the war caused prices to start rising over the past week.

But the advance has gone parabolic in recent days as brokers have rushed to cover positions for their clients and backed away from the market as the short squeeze has taken hold.

CCB has been given extra time to pay hundreds of millions of dollars in margin calls that were due Monday on behalf of a client, according to Bloomberg. The bank could not be immediately reached for comment. 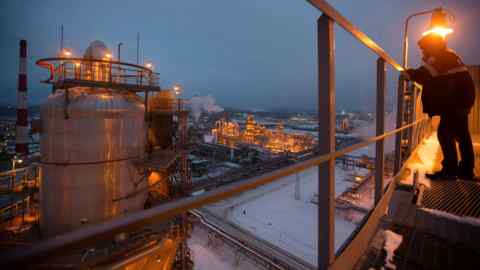 In response to questions about Tsingshan’s possible role in surging nickel prices, a representative for the company told the Financial Associated Press, a Shanghai-based news organization, that it had “already held a meeting this morning, is sorting out the relevant materials and content and will make a public response in due course ”.

Demand for high-grade nickel was already set to outstrip supply this year because of the increasing popularity of electric vehicles.

Goldman Sachs had predicted a deficit of 100,000 tons, roughly the same level as global stocks. “The market is moving rapidly to price in demand destruction,” said Nicholas Snowdon, an analyst at the bank.

The conflict in Ukraine has roiled global metal markets with prices rising sharply as industrial consumers have tried to lock in supplies in anticipation of supply disruptions while margin calls have forced short positions to be closed.