Poland offered to transfer its fleet of MiG-29 fighter jets to the US in a complex plan to send the warplanes to Ukraine, but the proposal suffered a setback when Washington said it had not agreed to the scheme.

Under the proposal announced by Warsaw, the Polish air force would hand its Russian-made MiGs to the US, which would then transfer the aircraft to Ukraine, whose pilots are trained to fly the fighter jets.

But Victoria Nuland, a senior state department official who has been directly involved in Ukraine policy, told a congressional hearing that she had no knowledge of the plan to use the US as an intermediary.

“To my knowledge, it wasn’t pre-consulted with us,” Nuland told the Senate foreign relations committee. “I look forward when this hearing is over to getting back to my desk and seeing how we will respond to this proposal of theirs to give the planes to us.”

The US and NATO have been wrestling with the high-stakes challenge of arming Ukrainian forces without crossing a line that could be seen as entering into a direct conflict with Russia.

According to a US official, Warsaw originally proposed the idea of ​​a plane swap to Washington in an effort to both help Ukraine and enhance Poland’s air force by replacing the MiGs with US-built F-16 fighters. But the original plan was for Poland to give the MiGs directly to Ukraine.

The idea of ​​sending Polish MiGs to Ukraine had been a point of debate within the Biden administration but was discounted before Volodymyr Zelensky, Ukraine’s president, asked the US to reconsider at the weekend.

According to one person familiar with the American Stance, Washington initially told Warsaw that it did not support any plan to send Polish fighters to Kyiv after some US officials raised concerns that it risked drawing the US into a conflict with Russia.

Those opposed to the plan within the US government have argued that the fighter swap could be seen in the Kremlin as a far more aggressive step than giving Ukraine anti-tank Javelin missiles and anti-aircraft Stinger missiles.

But the White House quickly pivoted on Sunday after Zelensky made an emotional plea in a Zoom call with a bipartisan group of roughly 300 members of Congress. Zelensky’s proposal was first reported by the Financial Times.

Despite initially expressing strong reservations to any swap, within hours the White House told the FT that it was in negotiations with Poland on the proposal.

Zelensky has appealed to Nato members who own old Russian-made warplanes to give them to Ukraine, and urged the US to replenish those air forces by providing them with F-16s – a Lockheed Martin fighter that is the most used combat jet in Nato air forces.

Polish officials have repeatedly expressed reservations about any transfer without securing the full backing of NATO.

But, on Tuesday, Warsaw announced that it was prepared to send its MiGs “immediately and free of charge” to Ramstein, a US air base in Germany, and put them at the disposal of the US. 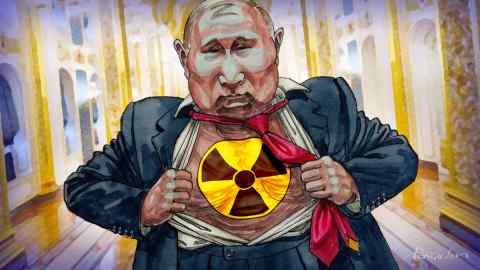 “At the same time, Poland requests the US to provide us with used aircraft with appropriate operational capabilities,” the Polish foreign ministry said, adding that it was willing to pay for the F-16s from Washington. It also urged “other Nato Allies – owners of MiG-29 jets – to act in the same vein”.

A senior Polish official said that its new proposal was designed to show that Poland was committed to supporting Ukraine, while muddying the waters over which NATO members were behind the transfer, particularly if other countries followed suit.

The Polish official said the move was also aimed at countering criticism that Poland was delaying the delivery of the MiG-29s to Ukraine.

“There was an unfair game against Poland and accusations that we were holding up the process of giving the MiGs to Ukraine,” the official said. “Suddenly there were suggestions that sending the planes should be a sovereign decision of Poland, rather than a decision of the whole alliance.”

“The clock is ticking and Russia is attacking Ukraine’s airfields. President [Joe] Biden needs to get this MiG transfer done and he needs to get it done today. Ukraine doesn’t have time for paperwork, ”said Ben Sasse, a Nebraska Republican senator. “Load these MiGs up and get them to Ukrainian pilots who can still make a difference.”