Santander reported its highest quarterly underlying profit in 12 years at the end of last year, buoyed by the economic recovery from the pandemic and growing business in the US, UK and Brazil.

The Spanish lender reported full-year net profit of € 8.1bn as it unwound € 750mn in loan loss provisions, in marked contrast to the € 8.8bn loss it suffered in 2020 due to writedowns, restructuring and provisions.

Ana Botín, Santander’s executive chair, said the results showed “the value of our scale and presence across both developed and developing markets, with attributable profit 25 per cent higher than pre-Covid levels in 2019”. She also said the group had added 5mn new customers over the past 12 months. 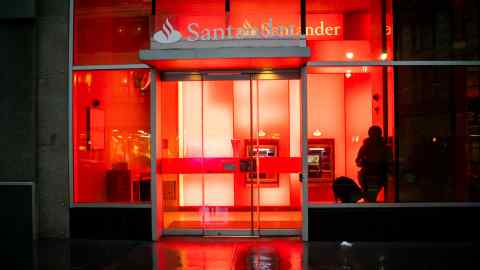 The bank said its performance was driven by a rebound in activity with loans and deposits growing 4 per cent and 6 per cent respectively.

In an environment in which interest rate rises in some of its markets may further aid profitability, Santander added that this year it was seeking “mid-single digit growth in revenues” and a return on tangible equity of above 13 per cent, compared to 12.7 per cent in 2021.

The group’s tier one capital reached 12 per cent, a level it said it intended to maintain.