Plans by the government to overhaul flagship UK human rights legislation will make the state less accountable and amount to a power grab by ministers, according to lawyers, campaigners and charities.

Ministers are proposing to replace the 1998 Human Rights Act with a British bill of rights after Prime Minister Boris Johnson pledged reform in the Conservative party’s 2019 election manifesto.

Dominic Raab, justice secretary and deputy prime minister, said in December the changes would strengthen parliament’s role as the ultimate decision maker, and strengthen rights such as freedom of speech.

However, lawyers and campaign groups have expressed alarm at the proposals, saying the changes will limit the duties on public authorities to protect people’s human rights, and make it harder for individuals to bring court cases for alleged breaches.

“The government is introducing changes that would make the state less accountable,” said Stephanie Boyce, president of the Law Society of England and Wales, which represents solicitors. “This undermines a crucial element of the rule of law, preventing people from challenging illegitimate uses of power.”

The 1998 Human Rights Act was introduced by Tony Blair’s government to enable Britons to bring human rights cases in UK courts rather than going to the European Court of Human Rights in Strasbourg.

The legislation has been criticized by Tory MPs for encouraging what they regard as spurious legal challenges against the government.

The Conservatives’ 2019 manifesto said the party would “update” the 1998 legislation to “ensure that there is a proper balance between the rights of individuals, our vital national security and effective government”.

But Liberty, the campaign group, said the changes would set up a hierarchy where some people are seen as “deserving” of rights and others are not.

“This plan to reform the Human Rights Act is nothing but a power grab from a government that wants to put themselves above the law,” said Gray Collier, director of advocacy at Liberty.

“Their proposals will make it harder for ordinary people to stand up for their rights and to hold public bodies to account when those rights are breached.”

In a public consultation on the British bill of rights in December, the government outlined plans to crack down on foreign-born criminals’ attempts to resist deportation from the UK by invoking 1998 legislation.

Ministers also set out plans to limit the positive duties placed on public authorities by Article 2 of the legislation, which protects the right to life.

Raab told the House of Commons justice committee in November that positive obligations imposed by Article 2 meant police forces had to routinely issue so-called Osman threat to life warnings to criminals about imminent death threats they faced from rival gangsters.

The government’s consultation said England’s four biggest police forces issued 770 threat to life notifications in 2019 which had a “considerable impact on police resources”.

However, Liberty said the focus on Osman warnings ignored the much wider benefits of Article 2 of 1998 legislation in relation to public authorities, adding it forced police forces to conduct investigations into deaths in custody.

It also pointed out that families of the 96 Liverpool football club fans who died in the Hillsborough disaster in 1989 relied on Article 2 to secure a fresh inquest, which concluded in 2016 that supporters had been unlawfully killed.

Lawyers meanwhile expressed concern at the government’s proposals to limit judges’ ability to quash secondary legislation introduced by the government if it was found to breach human rights.

In the future, if a court ruled that such legislation breached human rights laws, a judge would only have the power to issue a statement of incompatibility: something that would be embarrassing for ministers but have no legal force.

“I worry there will be a watering down of the judicial authority,” said Jonathan Fisher QC, a barrister who served on a government-backed commission that looked at the case for a British bill of rights.

Charities voiced doubts about the government’s proposals under which people bringing legal challenges for alleged breaches of their human rights would face a new hurdle because courts would have to provide permission to proceed.

“That will make it more difficult to vindicate their rights in court,” said Lee Marsons, research fellow at the Public Law Project, a charity.

Others raised questions about how the government wants to reform the duty that requires UK courts to take account of rulings by the European Court of Human Rights.

Lord Robert Carnwath, a former Supreme Court justice, said proposals to not give undue weight to follow Strasbourg rulings would in effect mean the British courts drawing on any international case law that they saw fit. “The court is given no assistance as to which, if any, it should prefer, or by what criterion,” he added. 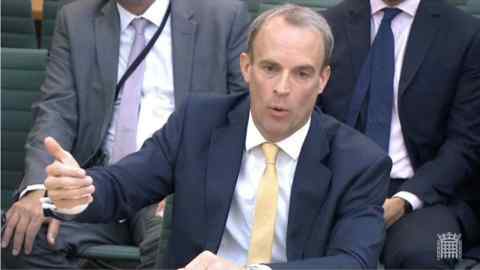 Fiona Rutherford, chief executive of Justice, a charity, said she was “deeply concerned” by the government’s proposals, adding they would “tip” the balance in favor of the executive.

However, Richard Ekins, a professor of law at the University of Oxford who is leading the judicial power project at the Policy Exchange think-tank, welcomed some of the proposals in the government’s consultation.

He said in his response that the government’s aims to address the misuse of human rights legislation were “well taken”, adding any new bill of rights should restrain the power of judges and must take care “to avoid tacitly licensing UK courts to run amok” .

The Ministry of Justice declined to comment on the government’s consultation.